Kidi is in trouble!!! IS it a case of the evil men do lives after them or the internet never forgets? Whichever one it is, reigning VGMA Artiste of the Year, KiDi is in trouble after Twitter resurrects his appalling old tweets about prominent personalities including President Nana Akufo Addo and John Dramani Mahama.

KiDi is Number 1 on Twitter trends in Ghana with over 30,000 tweets on Wednesday, September 28 after his old tweets were resurrected to the timeline by users.

Some of the tweets dating back to 2012 and before he gained popularity in 2017 for his music abilities have been condemned on social media.

In one of the tweets, KiDi made uncomplimentary remarks about President Nana Akufo-Addo.

In another tweet, KiDi went after former President Mahama’s presidency and how bad it was.

The “Enjoyment” hitmaker also made some wild revelations and perhaps confirmed the long held rumours about having a relationship with former classmate and TV presenter Anita Akuffo.

“Back in Class 3, whenever a Sean Paul song came up in the Jams Room, I went wild on Anita’s Ass…,” he tweeted.

Twitter users and social media have since gone crazy at the old KiDi tweets with many expressing their disappointment at the Enjoyment hitmaker for his past deeds even though he had earlier apologised in May 2020. 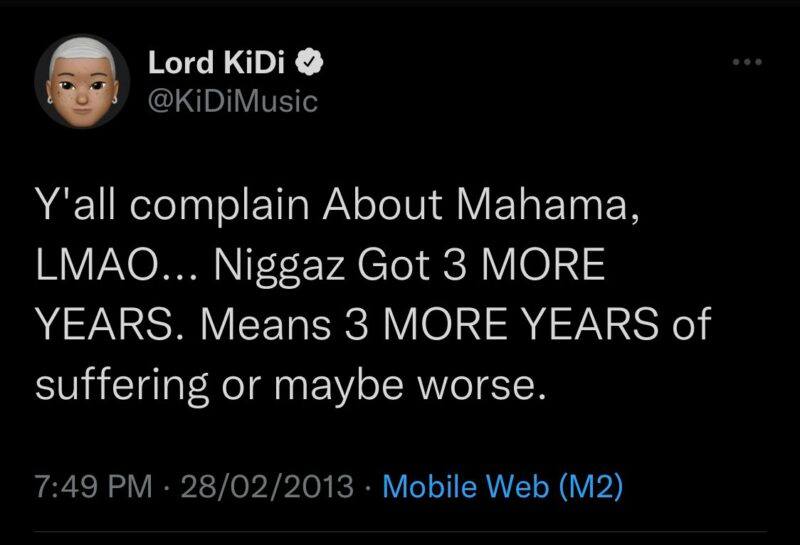 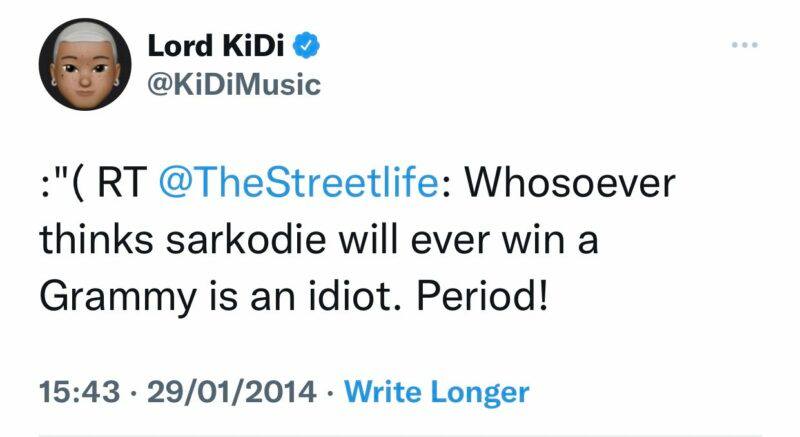 According to blogger Julie Jay Kanz, KiDi was young and should be pardoned. “Kidi was young and didn't probably know he would be this great in a short time. Let's pardon him and take a lesson from this🙏. The Akuffo Addo part weak me ooo” she posted on Facebook.

“The KiDi case study, a lesson to everyone seeking to become a public figure. We all have past, it either do us go or comes back to bite us” Asare Bediako wrote.

In the words of Kelli Nii Lartey Mensah, “So this guy doesn’t respect himself koraaa oh eeeiii”.

KiDi shot to prominence in 2017 when he released Say You Love Me and got to establish himself as one of the fastest rising stars in Ghana with another chart-topper titled "Odo" in July 2017.