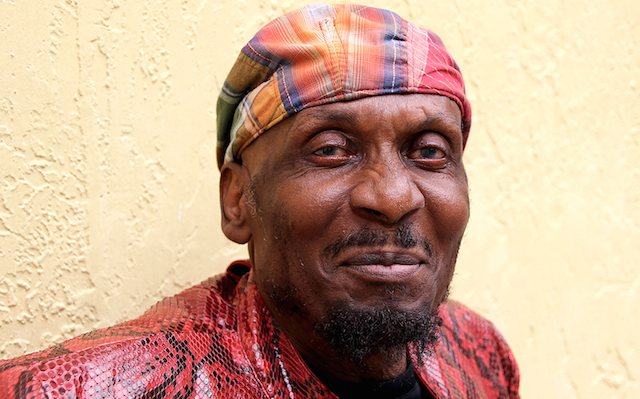 JIMMY Cliff is returning to music with a new single and an album.

The Reggae legend has teamed up with Wyclef Jean for the new track Refugees, which was released on Friday (29-07-22)

The new song is the title track for Jimmy Cliff's first album for over a decade which will be released on August 12.

With both a Dance Version and Rap Version, Refugees captures the spirit of Jimmy's classic output with a Hip-Hop twist courtesy of Fugees co-founder Wyclef Jean.

The song continues the creative connection between the pair after Wyclef inducted Jimmy Cliff into the Rock and Roll Hall of Fame in 2010.

Jimmy, 77, said of the new track: "I'm very proud of this, because it sees Jimmy Cliff in a new musical direction. I'll always go into something new.

"Even though Refugees is a heavy title, you're going to be moving your feet, because it's on the dancefloor. There we go. I love it."

Wyclef commented: "For me, coming to America wasn't easy when I first got here. Having family members who suffered political torment, it wasn't easy for us. When I say 'Fugees', 'Fugees' is short for 'Refugees'.

"I was always like, 'If I could penetrate a message, it would be that.' And who inspires that? Jimmy Cliff is one of my biggest inspirations ever, and he has always stayed on message when it comes to peace, love and unity.

"The collaboration with this record is just what we are, talking for the forgotten. In an era where love is needed, I don't think anybody can convey that better than the king."

The Refugees album has 13 tracks and the song Racism features an emotional collaboration with his daughter Lilty Cliff.

Songs on the new album are:Money Love, Here I Am, Refugees (Rap Version) feat. Wyclef Jean, Security, One Song, My Love Song and Moving On.