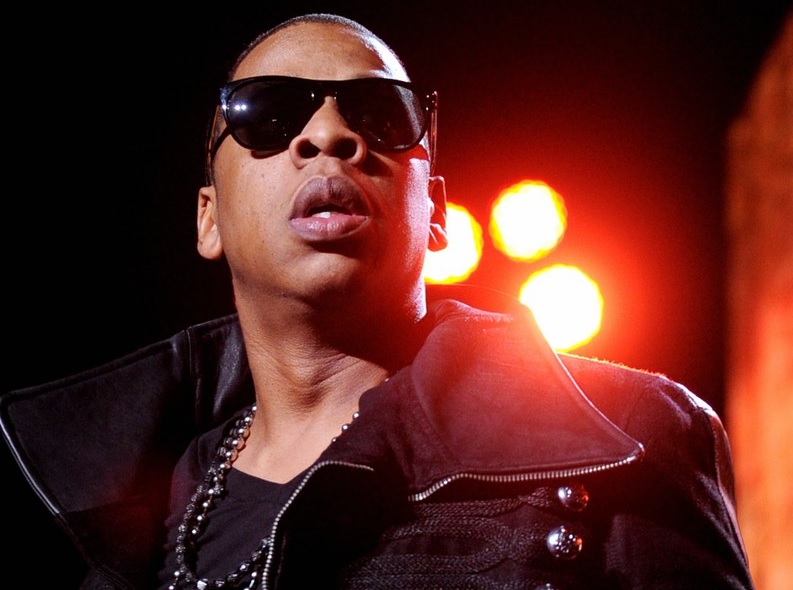 Jay-Z has announced the release date of his first solo studio album in four years.  The 43-year-old rapper relayed the news in a commercial for Samsung cell phones which aired last Sunday night's NBA finals.

The new record is called Magna Carta Holy Grail and will be released on July 4. It will be Jay-Z's 12th studio album and comes two years after Watch the Throne  - his critically acclaimed collaboration with Kanye West.

The three minute commercial begins with the star chatting on his cell phone before the camera moves on to capture him in the studio.

'It’s about this duality of how do you navigate your way through this whole thing, through success, through failure, through all of this, and remain yourself?' the rapper muses about the new album.

The hip hop star is then seen working on new music with Rick Rubin, Pharrell Williams, Swizz Beats and Timbaland.

'We don't have any rules, everybody is trying to figure it out,' he says at one point. 'That's why the Internet is like the Wild West. The Wild Wild West. We need to write the new rules.'

Samsung Galaxy Smartphone users will be able to download an app on June 24 that allows the first one million users to unlock the album for free on July 4 at 12:01 am - three days before its official release.

Jay-Z's last solo effort The Blueprint 3 claimed number one spot in the U.S. back in 2009, selling more than two million copies.