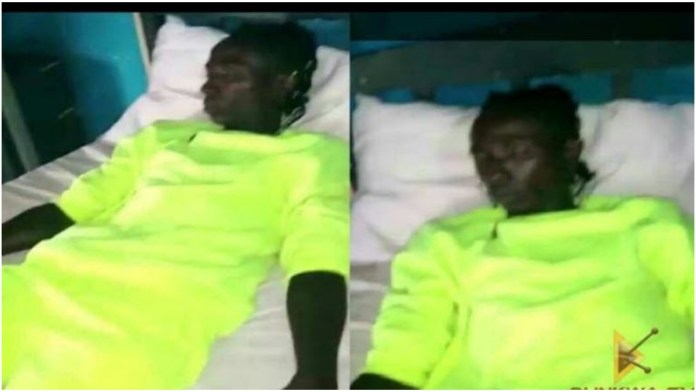 Hiplife artiste Patapaa Amisty has refuted media reports that he was poisoned and on the verge of death at a hospital.

A press release signed by his Manager says Patapaa was hospitalised but it had nothing to do with food poisoning.

A report by Adomonline had suggested that the One Corner hitmaker was in critical condition after surviving what was reported as suspected food poisoning on Sunday, August 9.

However, the Manager of the mumble rapper known in his private life as Justice Amoah says the reports are false and misleading.

Patapaa throws shots at Medikal in new song "Sure Bet"

"On Monday, 10th day of August 2020, the attention of PA2PA SOJAS management has been drawn on a release made by the Media stating that Swedru based hiplife artiste and 'One Corner' hitmaker, Justice Amoah well known as 'PATAPAA AMISTY' has been hospitalised and on the verge of death as a result of food poisoning," the release said.

"The public is hereby informed that the release is false and misleading. The artiste was hospitalised but has nothing to do with food poisoning. Patapaa Amisty is doing fine and recovering speedily from a minor illness.

"Air cleared, the management wishes to inform the "Sojas' and the general public to be relieved and encouraged to keep praying for the team so nothing like such should happen in our future endeavours".

It will be recalled that in November 2019, Patapaa disclosed that he survived food poisoning after he was offered an energy drink at a show in Tarkwa.