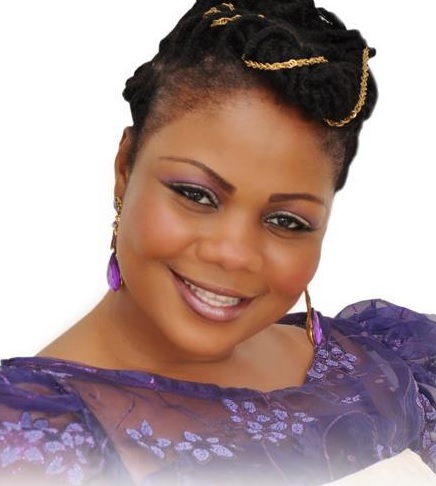 Gospel music diva, Gifty Osei, has struck out against stereotyped thinking which consider being fashionable a sin that people who proclaim to be christians must avoid.

She told Showbiz last Monday at her Tema home that she had been aware of some harsh criticisms from relatives, fans and the public concerning her makeup, long eye lashes  and  trendy onstage movements.

Herself a talented  fashion designer, the Fefeefe  hitmaker, Gifty Osei said she did not see anything wrong with looking beautiful since the God she serves Himself likes beautiful things.

“I am a christian, yes. But I’m not a hypocrite to pretend to be what I’m not”, she said. “I’m Asafo Maame and I can’t portray myself in one way on one occasion and put on something else at another time. When that happens, people will be disappointed in me.

“This is Gifty Osei and I cannot change, God has blessed me with beauty and there is no point in hiding it. I need to show it moreover, I am a fashion designer so I am aware of all the happenings so far as fashion is concerned.” she said.

As to whether she is not concerned with the negative comments especially as she is a  gospel musician, she said “If God blesses you and you do not get people to talk about you then it means there is a question mark on you. Even though I get people talk about my eye lashes and all, I do not let them get to me rather I take the good aspects of their criticisms and ignore the negative ones.”

She said she takes every fashion step with her husband and so far , he has been quite content with them. “My husband has been my first critic and first admirer.

The one time winner of the VGMA Gospel Song of the Year award added “sometime back we were using huge and large computers but now people are using laptops, tablets and all. Therefore you have to change as time changes but that change should not affect your relationship with God.

She said, her silence in the industry for all this while is because she is cooking lots of things that will hit the market before the end of this year and among them is the launch of her new album in August.”

She also said that as a Development Ambassador for Senya Breku, she is planning  a big show for the kids who participated in the just ended Talented Kids on TV3.


Gifty Osei has become one of the household names in Ghana’s music industry. Her energy, zeal and high sense of fashion on stage are some of the elements her fans look out for whenever she hits the stage. In 2007, her debut album, Aseda, became an instant hit in Ghana.

Coming from a humble background, Gifty had her basic education at the Mantey Din and New Oninku JSS, all in Tema, before learning fashion design. She is  married to  Tema based Pastor Prince Elisha Osei.