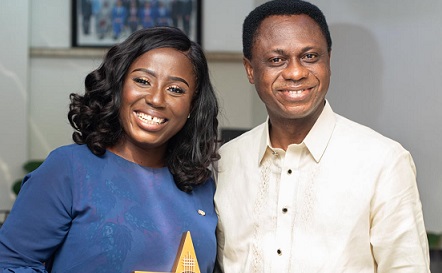 The newly-crowned (VGMA) Artiste of the Year, Diana Hamilton with Apostle Eric Nyamekye- Chairman of the Church of Pentecost
30.5k Shares

The Chairman of the Church of Pentecost (COP), Apostle Eric Nyamekye says he was not surprised by Diana Hamilton's big win at the recently held Vodafone Ghana Music Awards (VGMA) because of the promise she showed as a young singer in the church.

However, Diana Hamilton's win last Saturday was greeted with surprise from some observers who believed that secular artiste KiDi would take home the ultimate award.

However, Apostle Nyamekye in an interaction with the singer, who went to present her awards to him and other officials of the church, said he has not been surprised by Diana's progress since he first heard her sing in 1987.

“The first time I heard you sing was in 1987 during a PENSA Conference. You were very little, but I could tell that your dad (late Apostle F. E. Antwi) had much confidence in your talent. To my surprise, you did so well. Since then, I have always followed your progress, so I am not surprised that you have gotten this far."

“Indeed, we were all confident that it would be a good day, but we never anticipated that it would get this big, so we give God all the glory,” he stated. 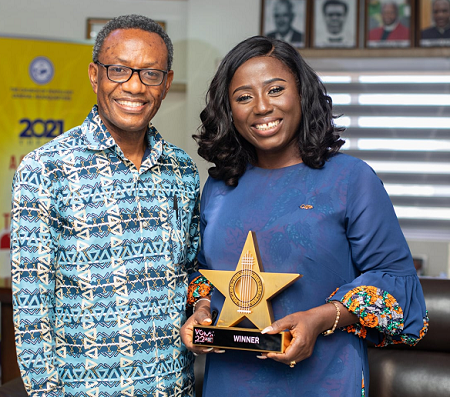 Diana is the second woman to win the Artiste of the Year after Ebony and the first female Gospel artiste to do so.

The newly-crowned VGMA Artiste of the Year also expressed her gratitude to the leadership of the COP for the overwhelming support that helped her to win the ultimate prize.

“The adage goes that he who undertakes a good cause, deserves a push, but The Church of Pentecost has been pushing me from day one until now. The first evidence of support I saw was an announcement on the Chairman’s Special Sunday Service encouraging people to vote for me. That gesture did it for me…then the pastors followed, then members, and other people, all urging people to support me to win! For this I am very grateful,” she said. 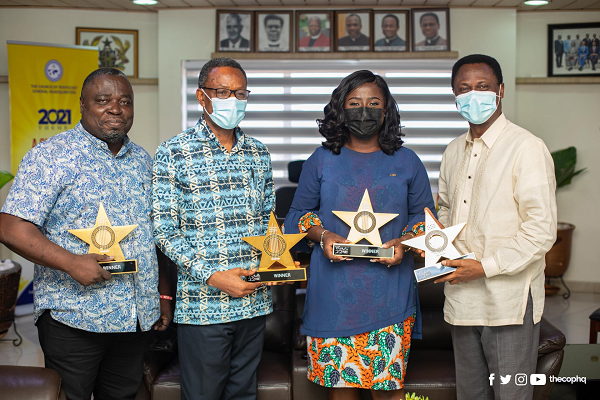