I am no coward —Amerado on ending Lyrical Joe beef 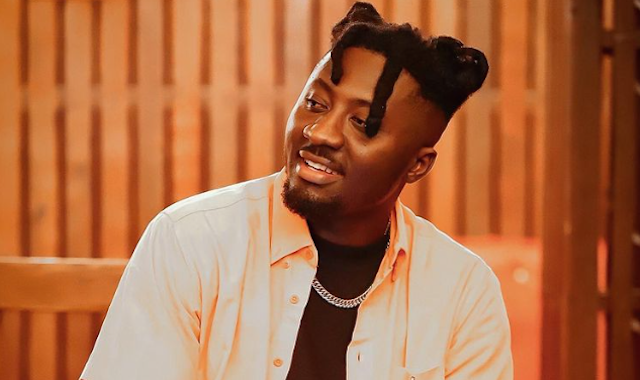 FOR the past week, rappers Amerado and Lyrical Joe have faced off punching each other hard and setting the music scene blazing with their fiery of diss songs.

And just when the beef reached a frenzy and Ghanaians were enjoying the ‘battle’ between the two, Amerado beats a retreat, resulting in some of those following them to call him a coward.

But Amerado says he is far from being a coward and the only reason he stopped responding to Lyrical Joe’s last is because he is busy with his album and has no more spare time on his hands.

It all started after Amerado was crowned Best Rapper at the 5th 3Music Awards about two months ago. Lyrical Joe released a song, Letter To 3Music to express his displeasure at the organisers and stressing that even Amerado knows he did not deserve the award.

Amerado did not respond immediately until last week when he dropped Kyibom calling Lyrical Joe a wack rapper and attacking his personality. Lyrical Joe countered with Baboon and since then, the two rappers has been releasing diss songs back to back.

Last Saturday, Lyrical Joe released Obey but to the surprise of many, nothing came from Amerado’s camp. He has even announced to release another one Super Man yet his opponent is still mute.

And this is the reason Amerado is being called a coward by many including players in the showbiz industry such as movie producer Socrate Safo and content creator Kwadwo Sheldon.

Speaking in an interview with the Graphic Showbiz last Tuesday, Amerado said he decided to end the beef because he needed to focus on other projects.

“I cannot continue beefing because I have other important things to do. It is time to release my commercial album, Gina, and make some money. When I am booked to perform, I cannot do diss songs. I need to do commercial songs and make money.

"At the right time when I have nothing doing, I may consider replying him but as for now, my focus is on my new album” he said.

Reacting to being called a coward because he did not give a response to Lyrical Joe’s Obey, he said, “If Lyrical Joe is interested in continuing with the beef, he can do so but as for me, I am busy working on my album at the moment.

“I responded to all his diss songs just to let him know I am ready any day he brings it on so how am I a coward now? This is simply not the right time for me to be responding to diss songs. I have no more time to spare. I am very busy”, he said

Moving away from beefs to his latest work Grace featuring Lasmid, Amerado said the song is going to take Ghanaians by surprise.

“I dropped a teaser of Grace and already the response is great. I am getting all the applause and that is my focus now. More bangers this year” he said.

Some of the songs Amerado is known for include Obiaa Boa, Sika Dam, Abotr3, Dawgi, Sika Besu, Yeete Nsem and Juju.