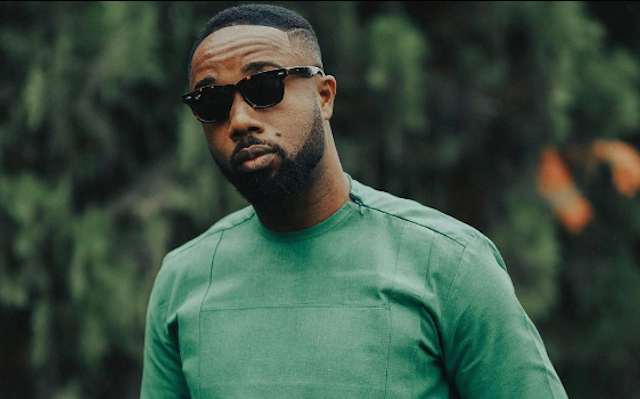 Actor Harold Amenyah believes paying actors royalties will go a long way to curb the ‘menace’ of some actors seeking financial assistance from Ghanaians to solve one problem or the other.

Over the years, it has become worrisome how some TV and film actors, who have even played lead roles and dominated our entertainment scene, end up cup-in-hand for help.

Actors such as Psalm Adjeteyfio, Kohwe, Araba Stamp and William Addo, just to mention a few, have reached out publicly to ask for support from Ghanaians, which some industry players think is an affront to their profession.

In the TV and movie world, royalties also known as residuals are payments made to actors, film or television directors and others involved in making TV shows and movies when a TV show or a film airs as a rerun, VCD or DVD release, syndicated and/or is sold to a streaming service or cable network.

“It is about time Ghanaian actors receive royalties for their hard work and I believe that is the only way actors will stop begging for money from Ghanaians.

"We are to receive royalties from the Audio-Visual Rights Society of Ghana (ARSOG) or any institution responsible for us anytime our movies are shown just like musicians receive money anytime their songs are played.

"The one-time payment for our work in movies does not help, it is just not enough.

“What happens to the movies actors such as David Dontoh, Fred Amugi, Kofi Adjorlolo and Grace Nortey, among others, have featured in all these years?

"They are supposed to be making money from all the movies they have starred in through royalties but unfortunately, that is not happening.

"They receive a one-off payment that is not enough to retire on,” Harold Amenyah told Graphic Showbiz in a recent interview.

Harold Amenyah, who won Best Dressed Male at Ghana Movie Awards in 2015, added that actors now had to get side hustles to survive “and that is what it is now”.

“It is now not enough for actors to survive on only acting, we have to do other stuff; we should be living comfortably on our earnings from acting but that is not the situation at hand,” he said

Talking about what he was currently working on, Harold Amenyah said apart from his Coffee Break production which was showing on MX 24, he was also into brand influencing.

“Fortunately for me, I get a lot of gigs from corporate bodies and individuals who need my services.

"I am a brand influencer for National Football League (NFL), Ghandour Cosmetic and a few other brands but I am open to working with any company that needs my services,” he said.

Harold Amenyah made his acting debut in 2012 on TV series Xoxo. He moved on to feature in several Ghanaian movies and series both in Akan and English languages such as 4Play Reloaded, Honour My Tears, A Sting in a Tale, Wedding Night, Every Woman Has A Story, Sadia and Eden.

In 2019, Harold Amenyah and other Ghanaian actors were selected to star in a Year of Return 2019 movie titled Joseph.