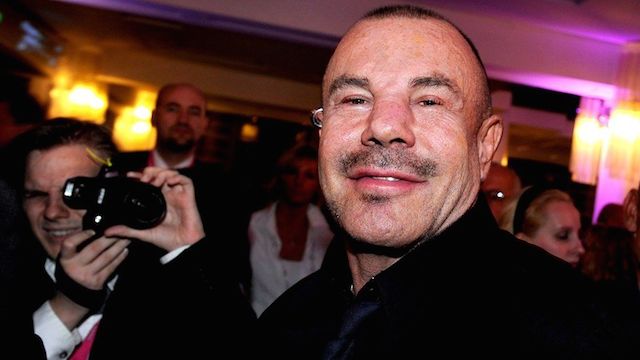 Thierry Mugler was famous for his sharp tailoring and his perfumes
30.5k Shares

French fashion designer Thierry Mugler has died at the age of 73, his representatives have announced.

He was known for designs with broad shoulders and sharp tailoring, inspired by 1940s and 50s glamour.

Mugler's designs were worn by stars including David Bowie and Lady Gaga.

He created many stage costumes for Beyoncé and in 2019 designed Kim Kardashian's famous "wet dress" for the Met Gala.

In later years, his brand became famous for perfumes, such as Angel and Alien.

A tribute posted on his Instagram page described Mugler as "a visionary whose imagination... empowered people around the world to be bolder and dream bigger every day."

His agent told AFP news agency that he died of natural causes. 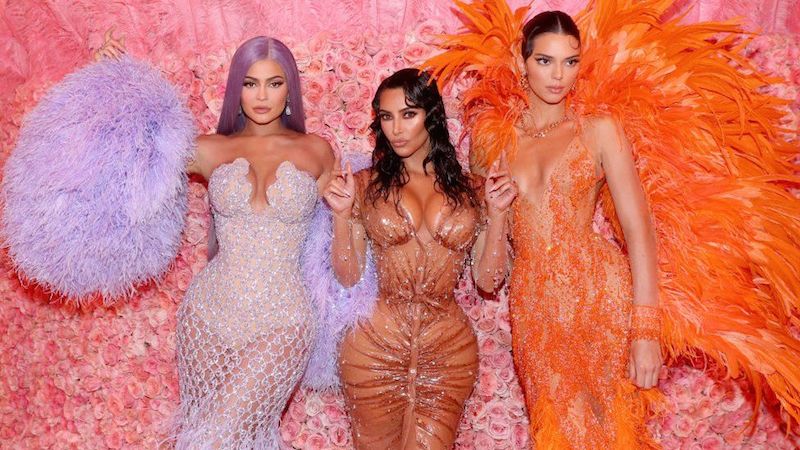 Born Manfred Thierry Mugler in 1948 in Strasbourg, France, he was a talented performer and by the age of 14 was a dancer with the Ballet du Rhin. He was also an acrobat and fashion model.

With an early interest in making his own clothes, Mugler opened his first boutique in Paris during the 1970s.

"I wasn't sure what I wanted to do, but fashion took off for me very quickly in Paris as soon as I showed my sketches," he recently told Women's Wear Daily.

Mugler became known for his theatrical designs that over accentuated features such as hips and shoulders, with plunging necklines and constricted waists. 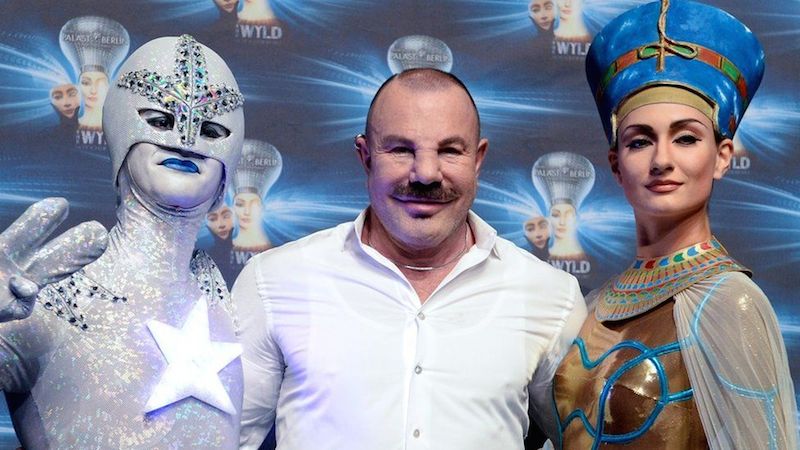 His designs have been worn by the likes of David Bowie, George Michael, Sharon Stone and Rihanna.

Mugler's connection with Bowie was so strong that he dressed him for his wedding to Iman.

Mugler sold the rights to his name to Clarins in 1997, several years after launching his perfume Angel, with the brand.

Said to have been a recluse, he appeared to retire from fashion in the early 2000s, choosing to create one-off pieces for Lady Gaga and work as the creative advisor on Beyoncé's I AM... World Tour in 2010.

The singer honoured the designer on her website with a montage of the many creations he made for her over the years, with the caption: "Rest in Peace, Thierry Mugler."

Beyoncé often wore Mugler's designs, and he created her stage costumes for the I AM... World tour in 2010

Mugler's agent told AFP that he had been planning to announce new collaborations this week.

People from the fashion world have paid tribute to Mugler on social media since his death was announced.

Fashion designer Brian Atwood said he was a "constant inspiration". 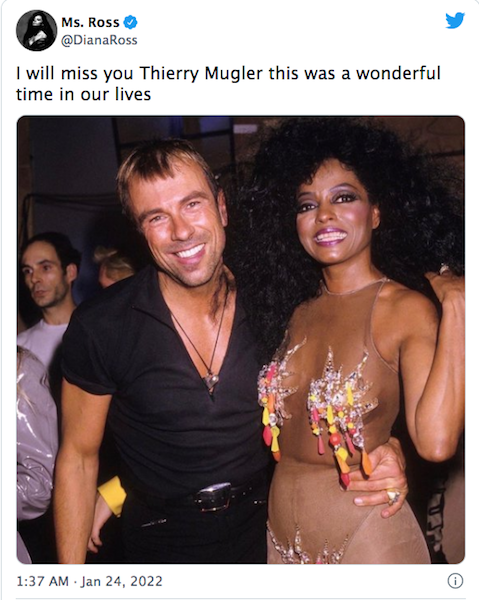 Actress and model Irina Shayk posted pictures of herself with Mugler in a tribute posted on Instagram, writing: "Gone too soon... you'll always be missed."

The Instagram post confirming Mugler's death attracted tributes from stars such as Brigitte Nielsen, who commented: "Such an icon. Unbelievably sad."

Sex And The City star Kristin Davis wrote that it had been "another horrible loss" of "visionary Thierry Mugler", while actress Vanessa Hudgens added: "No one did it like he did."

Kourtney Kardashian, meanwhile, posted a picture on her Instagram story of her famous family all dressed in Mugler's designs.