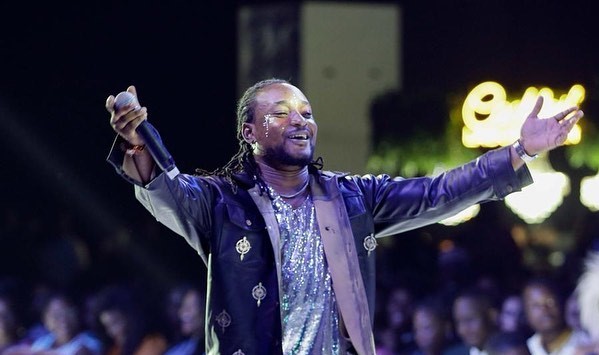 This year seems to be a good one for Ghanaian Dancehall artiste Epixode.

His Atia song is doing the magic for him and to crown the year, he is set to headline Lamajo Fest concert on Thursday, December 1 at the Alliance Francaise, Accra.

He has employed the backing of colleague musicians including Kwabena Kwabena, Trigmatic, Fameye, Amerado, Mr Drew, Abiana and Dela Botri for a thrilling session on the day.

Lamajo Fest is Episode’s first major concert since he started music a decade ago and he intends for it to be an annual concert where his fans get to experience him live for themselves.

Speaking about the concert, Epixode told Graphic Showbiz he will performing all the versions of Atia with the featured artistes.

“I have invited all the artistes I featured on Atia to come support me at Lamajo Fest. This is my major concert and my aim is to make it an annual one. I also want it in such a way that subsequent concerts could be headlined by other artistes apart from me,” he said.

Apart from Atia, other songs Epixode has to his credit include Mina Woa, Gyal Dem Suga, Dutty, Gbe Ohe, Odeshie, You Are the One and Too Much.

The one time VGMA Dancehall Artiste of the Year said next year will be much better because he’s already done with songs he will be releasing, the songs feature prominent musicians in Ghana and beyond.

“Looking at what I did with Atia, I will be going all out next year to make that great impact with my songs. I believe and trust the songs I have for next year will go far and get me the attention I need.

“I want to use this opportunity to thank Ghanaians for their support shown me over the years and I want to urge them to continue showing me love,” he added.