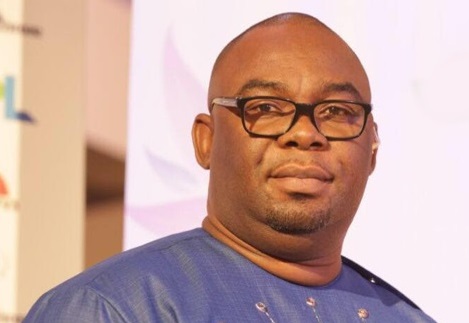 Former Joy FM presenter turned pastor, Victor Kpakpo Addo, popularly known as Azigiza Jnr, is entreating actress Moesha Boduong to part ways with her old friends if she intends to really stay on the new path she has chosen.

According to him, the temptation to slip back into her former life will be greater if she continued to hold on to her old friends who might have had a negative influence on her.

Proffering words of encouragement to Moesha, whose disclosure of being born again has drawn mixed reactions among her followers and friends, Azigiza Jnr, who was Best West African DJ in 1991 and 1993, told Graphic Showbiz on Monday, July 19, that the latter’s repentance would have no impact if she kept her old circle of friends.

“I don’t really know much about Moesha except from current happenings but I will advise her to change her friends. I have been through whatever she is going through but you see, your growth and the outcome of the worth of life should override people who don’t share in your new interests.

“You can’t be with people who you know will continue to lead you astray when they are in your lives. Today, they will say ‘let’s go here’, tomorrow, let’s go there and get you distracted and before you know it, you are back at what you stopped,” he stated.

Just like how Moesha is being trolled for her decision, Azigiza Jnr, who is presently the lead pastor of Citizen Fellowship Church on the Spintex Road, disclosed that the story was not different from his in 1998.

“Can you believe that some of my friends even thought I was mad or going crazy? Yes, it may sound funny but that was what I was labelled, a mad person because I wanted to live right. See, it’s better we tell the truth to people that knowing God comes with challenges.

“The storms of your life don’t calm down because you have repented. If it were so, there wouldn’t have been a storm for the disciples to call on Jesus to intervene in the book of Matthew. The question is, was Jesus not with them? Why then should they still experience a storm?” he asked.

According to Hiplife artistes Lord Kenya and Yaw Siki who share similar stories, it was very important for the Away Bus actress to avoid drawing unnecessary attention to herself by always being in the news.

They pointed out such actions will be detrimental to her spiritual growth since there would be differing views on her decision.

“For you not to be broken by what people are saying, you need to separate yourself from such people because so many things have changed around you that they may not understand, including your goals and your targets,” Yaw Siki said.

Yaw Siki, who gave his life to Christ after what he said was a miraculous escape from the grips of death, said he had come to understand that God had ways of saving people from destruction.

“God used my accident to save me because even doctors who took care of me couldn’t explain how I survived, it was beyond medical knowledge. That was when I realised that there is a higher power and I prayed to experience it.

“Now, I don’t know what Moesha has been through but if she is truly convinced that what she is going through is real and divine, then she should hold on and not give up,” he told Graphic Showbiz.