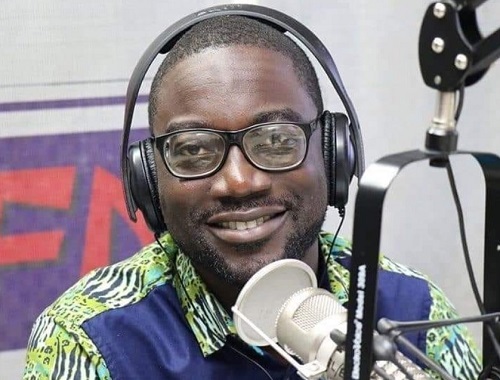 The host of Joy FM’s Super Morning Show (SMS), Daniel Dadzie has left the radio station for Joy Prime, a TV channel under the Multimedia Group.

Dadzie is said to be projected as the 'posterboy' of the Joy Prime TV channel.

“I am excited about this new move. I can’t wait to be a part of the Joy Prime story. The team is excited and there’s a lot in store for viewers and you will love it,” he had said about his new project.

The presenter who has hosted the Morning show for about two years took to his Facebook page to announce his departure.

He posted: "These few years have been a blessing. I loved every moment i spent with you. Duty calls and I have to move elsewhere. Hope you will still have my back in my new assignment. Thanks for your kindness and support".

Meanwhile, speculation is rife on social media that Kojo Yankson is set for a return as host of the SMS.

Daniel Dadzie started his broadcasting career as a reporter at Skyy Power FM and within two years rose to become the Deputy News Editor.

In 2017, he joined the Multimedia Group as Senior Multimedia Journalist and hosted various programmes on radio and TV.

When Kojo Yankson the then host of the SMS was reassigned to other programmes in Multimedia, Dadzie replaced him.