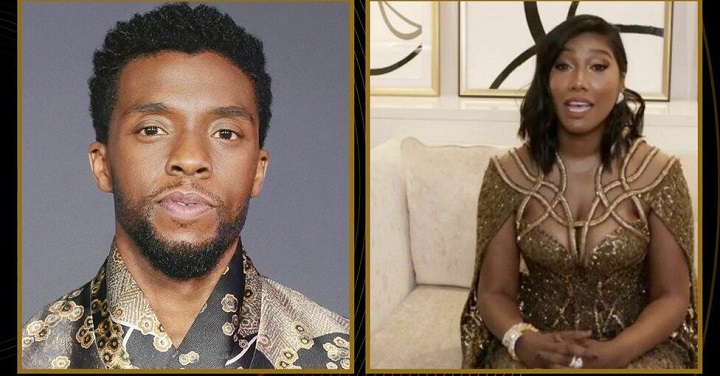 Taylor Simone Ledward has made her late husband proud.

During the 2021 Golden Globes on Sunday, Feb. 28, Chadwick Boseman received the award for Best Actor in a Motion Picture—Drama thanks to his performance in Ma Rainey's Black Bottom. His wife had the honors of accepting the award on his behalf.

"He would say something beautiful, something inspiring, something that would amplify that little voice inside us that tells you you can, that tells you to keep going, that calls you back to what you are meant to be doing at this moment in history."

Black Panther will not be recast following Chadwick Boseman's death

Taylor also believed that her husband would thank many talented actors including Denzel Washington and Viola Davis.

"I don't have his words, but we have to take all the moments to celebrate those we love," she continued. "So thank you HFPA for this opportunity to do exactly that and hun, you keep em coming. Thank you."

Earlier this year, Chadwick's wife accepted an Actor Tribute at the 30th Annual IFP Gotham Awards in his honor.

During the moving speech, Taylor noted her late husband's purpose in life and dedication to his craft.

"As an artist, an actor, and a person, Chad made a practice of telling the truth," she shared. "He is the most honest person I've ever met. Because he didn't just stop at speaking the truth, he actively searched for it—in himself, in those around him and in the moment. The truth can be a very easy thing for the self to avoid, but if one does not live in truth, then it's impossible to live in line with a divine purpose for your life. And so, it became how he lived his life, day in, day out. Imperfect, but determined."

Why Akuapem Poloo was given a custodial sentence