Cecilia Marfo should have tried her 'nonsense' on me- Diana Asamoah 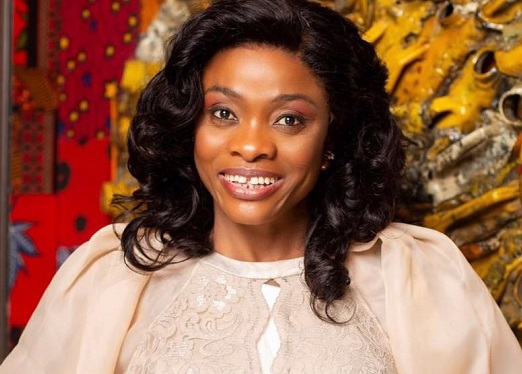 Gospel musician, Evangelist Diana Asamoah has claimed that she would have beaten up her colleague Cecilia Marfo if she had embarrassed her on stage as she did to Joyce Blessing.

A video of Cecilia Marfo grabbing a microphone from Joyce Blessing while she was in performance and ordering her to go back to her ex-husband has elicited strong reactions from Ghanaians with many criticising the Afunu Mu Ba singer for overstepping her boundaries.

A number of her colleagues have also spoken against her action, which happened last Friday at the thanksgiving service of the Unity Group of Companies, and Diana Asamoah is now letting her voice heard.

Speaking on her Akoko Abon show on Rainbow Radio on Tuesday, January 26, Evangelist Diana Asamoah said Cecilia Marfo would have had the shock of her life if she (Diana) had been in Joyce Blessing’s shoes.

“There is no way I would have allowed Cecilia Marfo to embarrass me on stage. I would have beaten her up. This is nonsense. How can you embarrass another female Gospel musician as if she is a nobody?

"That stupid behaviour of Cecilia Marfo must stop. I have said it before that we must not allow her to have her way with us.

Read more: VIDEO: Bizarre moment Cecilia Marfo orders Joyce Blessing to go back to her estranged hubby
“Don’t see me as a weak person, if you underestimate me, I will take you by surprise. I am not afraid of Cecilia Marfo and anyone against me. I just want her to change. She should probably go back to Pentecost where she started from because she is going astray," she said.

Evangelist Diana Asamoah said Gospel musicians should not allow themselves to be treated badly especially by Cecilia Marfo who is not from God.

“If three or more musicians had slapped her, she would have probably stopped this nonsense. I said it long ago after she spat in people’s faces as some of the directions God had given her. I spoke against it and today look at the embarrassment she has caused another colleague,” she said.

Cecilia Marfo and Joyce Blessing are both yet to speak on the matter.

COVID-19: Five more die with 29 others in critical condition in Ghana

COVAX vaccine: Ghana due compensation for any harmful side effects