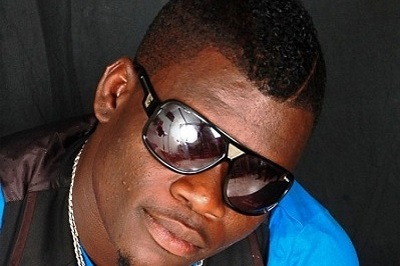 Since their disappearance, a good number of people, including Castro’s musician friends, have expressed their certainty that he is alive and will return someday.

Now, as his grieving family and close friends prepare to mark another year of his absence, a musician named Yawkoi, who claims to be a childhood friend of Castro (real name Theophilus Tagoe) says the award-winning artiste is alive and will return this year.

Yawkoi, formerly known as Lord K, stormed the offices of Graphic Showbiz last Monday to give a new twist to the unending puzzle about the whereabouts of Castro, claiming he was in touch with the Toffee hitmaker who, in a telephone conversation, asked him (Yawkoi) to tell Ghanaians he would be back by the end of the year to pick up from where he left off.

“Castro will come back this year, he told me that when he called me to tell Ghanaians that they will see him. I have spoken to him twice and each time, he called with a private line.

“The first time I received a call from a private number and the person introduced himself as Castro, I brushed it off and didn’t pay any attention to the person but as someone who has always believed that my friend is alive, I realised it was a hasty decision I took,” revealed Yawkoi.

“Luckily, I got another call from the private number again and this time, I decided to be more inquisitive so I started asking relevant questions and lo and behold, it was my lost friend Castro. From his responses, I was convinced and he told me to let Ghanaians know that he is alive and would be back this year,” he added.

After being convinced that it was Castro he spoke with, Yawkoi claimed he was so happy and thankful to God that he gave a testimony in his church, Blood of Fire Ministries at Adenta.

And to emphasise that Castro was alive, Yawkoi claimed he knew of three other big artistes who were in touch with their missing compatriot.
“As I’m talking to you now, three big artistes in this country know that Castro is alive because when I spoke with him, he confirmed he was in the studio recording his next album featuring these artistes.

Explaining their connection, Yawkoi told Showbiz that Castro lodged at his place at Adenta Housing Down in Accra when he first came to Accra from Takoradi to start his music career.

He mentioned artistes, including Nhyiraba Kojo, Tinny, Buk Bak and Paa Kwesi of Dobble, who knew him as a close pal of Castro. When Showbiz contacted Nhyiraba Kojo and Paa Kwasi, they both confirmed they knew one Lord K back in the day.

Yawkoi was unequivocal in his belief that Castro was alive. “Just two weeks ago, another buddy of ours in Takoradi called Too Much, who is the producer of the Junka Town series, also posted on his social media page that Castro was alive. I can’t tell if he is contacting his old friends but I have never believed he is dead.

“I’m saying this because the sea dislikes filth and anytime somebody drowns, it takes not more than three days for the body to be washed ashore so when we didn’t see Castro’s body even after the pouring of libation and all other relevant rites were done, I was very convinced he wasn’t dead.

“And mind you, we are natives of a fishing community and as children, we swam deep into the sea when we went fishing, so this Ada river is not one that Castro cannot survive,” he said.

When asked if his claims were not just to hype up the songs he intended to release, Yawkoi responded in the negative. “I will say the same things if the Police invites me for interrogation. If I wanted to hype my songs with Castro, I would have done that five years ago when the matter was hot and not now.

“What would I gain by using the unfortunate incident of a good friend to promote my song?” he asked.

Three in police custody for lacing drinks with Indian hemp

Betway ends 2020 in style with the Afe No Asi promotion

Auditor-General has no powers to surcharge Zoomlion - Supreme Court