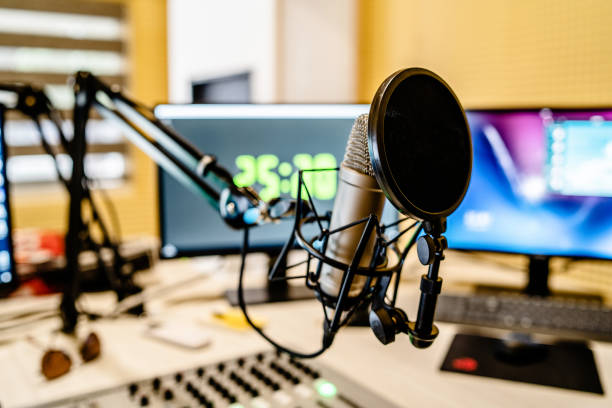 Many breakfast radio shows now have smaller audiences than before the pandemic, according to new figures.

Zoe Ball, Greg James, Roman Kemp, Chris Evans and the Today programme are among the shows to have fewer listeners than the last time ratings were measured.

The drop can be partly explained by lower commuter numbers as many people continue to work from home.

But industry body Rajar urged caution when making comparisons because it is also measuring audiences in new ways.

The latest radio listening figures are the first to be published since May 2020, and now incorporate smartphone data in the methodology.

The ratings cover July to September this year, with some data based on a smaller sample of listeners from the previous three months also included.

Some DJs, such as Radio X's Chris Moyles, appear to have bucked the downward trend for breakfast shows; while radio listening in general has increased slightly and many stations improved their overall reach.

BBC Radio 5 Live, for example, recorded a significant boost, probably helped by coverage of summer sport events such as the Euros and the Olympics.

The station attracted 5.9 million weekly listeners between July and September, up from 5.2 million before the pandemic. Its sister station 5 Live Sports Extra was also up, to 1.6 million.

The increase in radio listening as a whole, juxtaposed with the decrease for breakfast show audiences, suggests the figures reflect how listening habits and lifestyles have been changed by the pandemic.

While fewer people might listen to a breakfast show, some radio stations noted their daytime figures were up, likely a result of people listening more while working at home during the day.

Rajar said 89% of the UK population listen to radio at least once a week, with the average listener clocking up just over 20 hours of listening over seven days.

A great deal of radio listening is now on digital platforms such as DAB, smartphone and tablet apps or websites. Around 74% of people surveyed said they listen digitally every week.

Smart speakers now account for a large proportion of listening - around 48% of people who own speakers said they used it to listen to radio weekly.

Of those users, 20% said they listen to radio via a smart speaker on a daily basis.

Rajar figures were suspended during the pandemic, as the industry body was not able to conduct its usual face-to-face research.