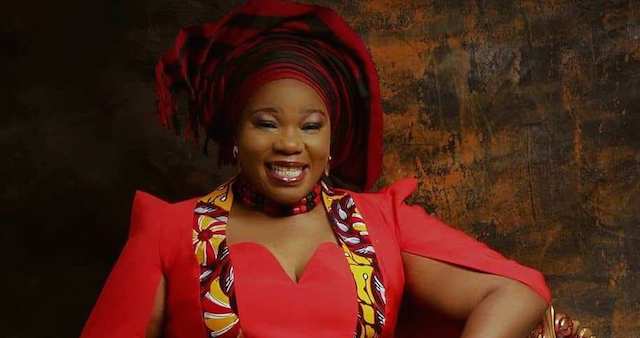 A cross-section of Benue women have demanded an autopsy for the late Benue-born Nigerian Nollywood actress, Ada Ameh.

Ada Ameh, 48, reportedly slumped and died around 11:53pm on Sunday in Warri, Delta State, where she was visiting an oil company magnate and his family.

The comic actress-cum-producer shared a video of herself enjoying dinner with her host family on Instagram hours before she was reportedly dead.

Some women from her home state of Benue have called for an autopsy to ascertain the true cause of her death.

One of the women, former Benue State Governorship aspirant, Dr. Roseline Ada Chenge, said she was shocked at the news of Ada Ameh’s sudden death, saying she had a telephone chat with the The Johnsons actress, a few hours before the time she reportedly died and that she was in good health.

The former Lower Benue Managing Director disclosed this in a video she shared on her official Facebook page on Monday evening.

Mrs. Chenge said, “Good day Nigerians, with pain in my heart and deep sorrow, I am here this afternoon to ask questions. I have been trying to call online to ask these same questions but nobody is picking my call. And I need to call and ask Nigerians and also ask Nollywood.

“I am Egnr. Ada Chenge, I am Benue by origin. I am Idoma. I woke up this morning to see on social media that my sister, whom we call the TV goddess in Idoma land, collapsed and died. I am so shocked, so shocked that my brain is not able to calculate it.

“Precisely about 5:15pm yesterday (Sunday), 17th of July, 2022, I put a call across to Ada. Because I came to Lagos from Benue and I am staying in Lagos in my house. I called her at about 5:15pm and she picked the call and said ‘aunty, your Excellency, how are you?’. And I said I want to see you, I am in Lagos.

"And she was like ‘oh aunty, I am in Warri’. And I said what are you doing in Warri? And she said ‘aunty we went for the burial of the parent of one of my friends. We are hanging around, we are doing one or two things there.’ And I said okay when you return I want to see you because Idoma land needs you right now for a very special mission. And she said ‘okay aunty, I will be in Lagos tomorrow morning because I am shooting throughout this week in Lagos’.

“I spoke with her myself, she was in high spirits, she was in a high mood. There was no depression or mental issue. Yes, she was going through a lot after her daughter died. But if you checked her Instagram page on Saturday when she left for Warri, you can see the mood that she was. And in the afternoon, I saw another caption online that she slumped when she was eating about 12:53.

“No, that is not true. Because I spoke with her for close to about 10 minutes. I spoke with her yesterday about 5:16. So, that was after she ate that meal. So there was some problem. There is a missing link. What’s going on? I am hearing she went to Warri, she was treating herself, she went to Warri she was staying… I don’t understand. She told me precisely ‘aunty I will be back on Monday. Her Excellency, when I come on Monday, I may not be able to see you because of Lagos traffic. Just send me the address, I will be with you on Tuesday’.

“You can imagine how my brian is going; that I spoke with her 5:15pm and she died this morning. Yes, people die like that. But Ada Ameh is such a star that she cannot just disappear from planet earth without us knowing the real reason.

Mrs. Chenge challenged the Actors Guild of Nigeria (AGN) to insist on conducting an autopsy on Ada Ameh’s corpse to ascertain the true cause of the death while assuring the support of relevant Idoma stakeholders in getting to the root of the cause of Ada Ameh’s death.