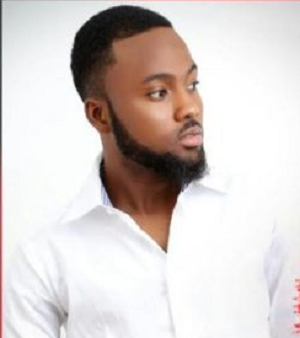 It is the dream of every new artiste to have a breakthrough song but try as highlife artiste, Haruna Mohammed Buhari has, he has failed.

And he is blaming DJs for the misfortunes of upcoming artistes like himself. He tells Showbiz that all the effort he has put in his works have been unsuccessful because DJs don’t appreciate good music.

Nanky said he had met with DJs and presented his CDs to them but he was yet to hear any of his songs being played on radio.

“It is not as if I don’t have good music. I know the quality of music I do but unfortunately, they can’t be appreciated by our DJs. They love to feed on songs which are already hits but that is not the way to go.

It will do upcoming artistes like myself a lot of good if they support us,” he stated.

He said it was disheartening to see his songs like I Do Yawa, Marry You Tonight, Love, High Me, Woara and Only had been, thrown aside while others of low quality were enjoying all the attention.

In spite of his misgivings, Nanky was still grateful to Kwami Sefa Kayi, Abeiku Santana, Andy Dosty and DJ Killer Fingers who use their platforms to promote songs of new artistes.

Signed onto Meld Entertainment headed by Louis Hammond, Nanky, who has already performed on platforms like Face of Accra Fashion Week, Naija –Ghana Independence, bash Ashaiman to the World Concert thanked his management for the support.