The owner of the restaurant Samuel Yaradam Ayagijuah, said he believes the partnership signed yesterday would yield measurable results as he sees entertainment as a way of merging different cultures; and even promoting diverse cultural exchanges.

Abiyah Emmanuel Donkor will be used as a brand ambassador for the first three months of the one-year contract with the RabbyStarlet television show, which will be subject to renewal based on her impact on the brand.

The signing took place at 'ITO - YA' restaurant in Airport Residential Area in Accra.

Speaking about why 'ITO -YA' Restaurant chose to partner RabbyStarlet, the owner Samuel Yaradam Ayagijuah, popularly known in Japanese circles as 'Sakamoto', described the reality television series as very promising. 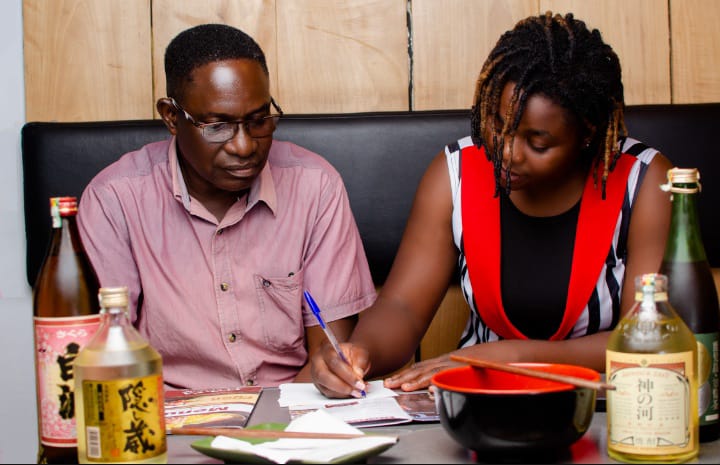 "In fact, RabbyStarlets is unique, and I have been following them for some time now. I have monitored their performance and seen how wonderful they are, and so I decided to choose them to promote my business", he explained.

Season 2 contestant of RabbyStarlets television series Abiyah Emmanuel Donkor popularly known as 'Abiyah Success', was named the ambassador for 'ITO - YA' restaurant; a choice from the many RabbyStarlets contestants made by its creator Actress Rabby Bray. The signing included an undisclosed amount of money and other benefits to the ambassador.

The young online media personality Abiyah Emmanuel Donkor popularly known as 'Abiyah Success', described the new ambassadorial deal as a good addition to herself and career.

"This contract is going to make me learn a lot and push me in so many ways. I also believe it will make me a better person. Someday, I hope to be a representative for Japanese culture in Ghana", she said.

RabbyStarlet reality television show is gradually building a reputation for itself as one of the most rewarding talent competitions in Ghana.

With two editions already successfully completed, both ultimate winners of each season have already been given two cars and over GHS10,000 each in cash prizes as well as other ambassadorial deals.