Music not a contest - Kwabena Kwabena 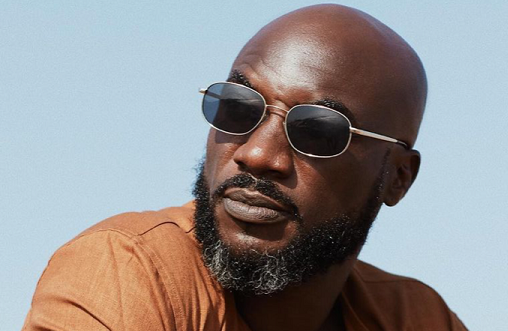 Even though competition is seen as healthy in the music industry and pushes musicians to work harder, Highlife artiste Kwabena Kwabena does not think so and says music should not be a contest.

In the view of the Aso hitmaker, there should be enough room for every musician to operate so there is no need to be competitive.

“In fact, any musician who sees another musician as a threat or his competitor is not creative. We should rather appreciate other musicians’ work and give them room to operate.

“The music industry is big for every musician to operate and I don’t see the reason why we should be competing among ourselves. A talented artiste appreciates other artistes and does not have problems with them,” he told Graphic Showbiz recently.

Asked his opinion on the likes of Kuami Eugene, KiDi and the Kumericans who seem to be taking all the shine now, Kwabena Kwabena said he admired them a lot and enjoyed listening to their songs but there was still room for improvement.

“Inasmuch as these young ones are doing so well, they need to do more when it comes to their stage performances and good lyrics for their songs. It takes time to grow and I trust that with time, they will be fine. The young ones need encouragement rather than criticism. We all started like this but with determination and hard work we are here now. I learnt from the likes of Kojo Antwi, Daddy Lumba and Amakye Dede,” he stated.

Talking about what he dislikes in the music industry, Kwabena Kwabena said the ‘flexing’ was too much and that most musicians were rather boasting with what they had instead of doing the work.

“Our main aim as musicians is to make good quality music, not talking too much and bragging about what we mostly don’t even have. We talk too much, which I don’t get. We should stop talking and do the work. I believe in making my work speak for itself," he said.

Kwabena Kwabena said he was coming out with a mind blowing album and Ghanaians were going to love it.

“Finally, the album is ready and the songs on it are powerful. It is actually a project I started five years ago to produce albums that will last forever and from the end of this month, Ghanaians will know what has kept me busy all this while,” he said.

The award winning musician has to his credit songs such as Bue Kwan, Tuamudaa, Obaa, Meye, Engya Mi Ho, Tokro, Dadee Anoma, Seventeen and Kyere Wo Do.