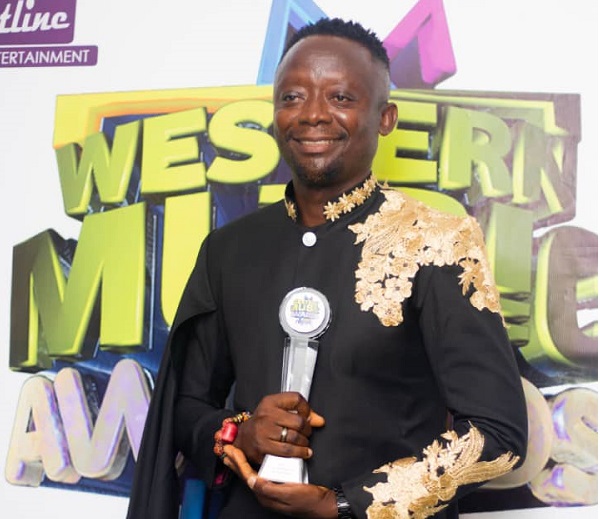 KDM with his award
30.5k Shares

Gospel artiste KDM’s hard work and consistency were rewarded when he won Gospel Song of the Year and Best Collaboration of the Year at the recently held Western Music Awards 2021.

Organised by Westline Entertainment, the awards, which took place at the Best Western Plus Atlantic Hotel in Takoradi, is recognise and honour music talents in the Western Region, who performed extraordinarily in the year under review.

Known in real life as Kwabena Donkor, KDM is a Naval Officer who is also doing music and it obvious he can multi-task giving his commitments adequate attention. He grabbed three awards at  the NKZ Music Awards this year and can now add the two he just won to his awards cabinet.

KDM has songs such as Only You, Menim Wo, Shine On Me, Miracle God among others.

The Gospel artiste, whose work is motivated by the conviction that more souls have to be won for God says he is not giving up and has rebranded his ministry in preparedness to do more.