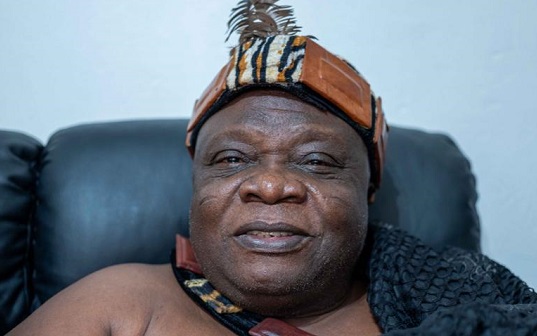 The 70-year-old, who is also the senior warlord of Asere bearing the stool name Asafoatse Nii Omannsu II, believes it is time the younger generation took seriously, the culture bestowed on them by their forefathers.

Speaking on the sidelines of the launch of the Ga Asere Homowo, Joseph Abbey-Mensah, who is also the founder of Abladei UK, a charity organisation in the UK, believes music is vital for the promotion and sustenance of Ghana’s culture.

“You can't do anything without music, I am currently in the country with my band Abladei UK to teach the Ghanaian youth the songs of our forebears and use music to appreciate and understand the culture of their roots.

“Our history is rich and replete with different kinds of cultures which are absorbed in music for the benefit of children, young people, adults and all music audiences," he told Graphic Showbiz.

Joseph Abbey-Mensah also explained that he has used Abladei UK as a useful platform to support many Ghanaian artistes in the UK and other artistes of African descent.

Joseph Abbey-Mensah, who is the recipient of the Community Leadership Award given by the Lambeth Council in the UK, entreated Ghanaians not to abandon their culture.

He intends to showcase a variety of music forms with his band at this year's Homowo Festival on Saturday, August 14.