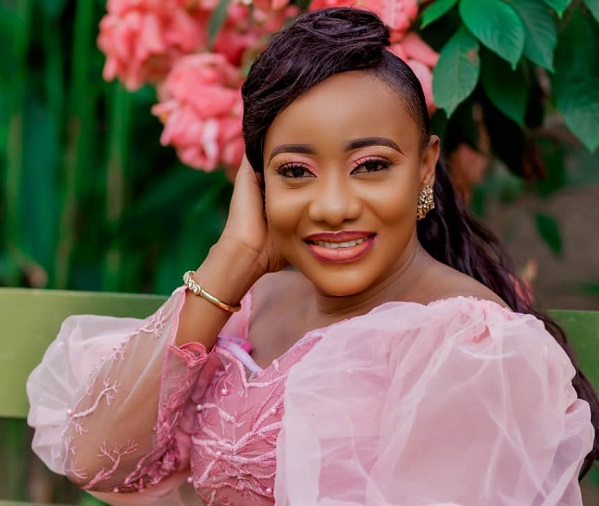 With no hope of seeing an end to problems she was battling, Gospel singer, Ruth Adjei, resorted to prayers to find solutions.

It was during one such midnight prayer that she had an encounter with the Lord, who assured her of restoring her peace. After that, her story changed and to express her appreciation for the faithfulness of God, she has released a new song titled Oshidaa.

A Ga word meaning “Your Thanksgiving”, Oshidaa, produced by Stephen Tetteh of Soundz Kitchen, encourages Christians to trust the saving grace of God to always come through for them in difficult moments.

While serving as motivation for the disheartened, it similarly encourages people to cultivate the habit of thanksgiving.

“It is alright to feel clueless about our struggles but as a Minister of the Gospel, I always use my experiences to encourage others and that is what Oshidaa is about. Apart from the rhythm that people would appreciate, I want the message to speak to listeners in a positive light,” she stated.

Ruth Adjei has been doing music for years by backing a number of artistes such as Joe Mettle, Hannah Marfo, Gifty Osei, Francis Adjei, Ceccy Twum and SP Kofi Sarpong.

And her experience is felt on Oshidaa, which is one of the songs on her Mercy Seat album, with her delivery and vocal presentation.

The old student of Professional Institute of Journalism and University College of Management Studies in Accra said she has always been affected by the careless lifestyles of the youth and mentioned that Gospel acts should work harder to bring the lost into God’s fold.

“We are making progress but we also know that there is more work to be done not to lose many souls,” she added.

She also expressed her appreciation to Mr. Shadrach Yawson, Dominic, Dan Grahl among others for supporting her career.