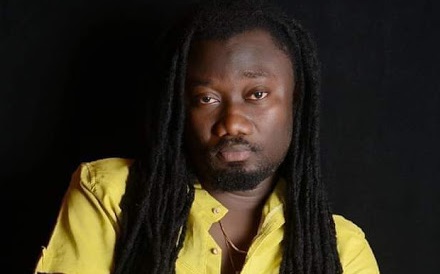 An impression created in the music industry is that young artistes need to feature a big act if they want their songs to get better mileage, but Highlife musician Okuraseni Samuel disagrees.

To Okuraseni Samuel, good songs will do great on their own, so new artistes should not bother soliciting for collaborations from established acts.

Speaking with Graphic Showbiz recently, he said, “A song like Chocho Mucho by Bless didn’t need Kofi Kinaata on it. Although Kofi Kinaata is a good artiste, his verse was not really needed on the song because Chocho Mucho is one wonderful piece on its own. Once you have a good product, it is easy to sell it.”

Okuraseni Samuel said there was no point for a younger artiste to ride on the popularity of a bigger artiste just because he/she wanted mileage.

The last song he released was Homework in 2013 and Okuraseni Samuel says his inconsistency on the music scene has to do with lack of proper management and he not being around much.

“I have actually not been around for some years now; again lack of proper management has always been my problem, but I can say that I am ready this year because I have a solid team behind me,” he said.

Talking about the music industry, Okuraseni Samuel said it was difficult for a rapper to make it because Ghanaians naturally preferred singers.

“You cannot survive as a rapper in Ghana. It’s not possible, and I don’t blame rappers who are now singers because they need to feed their families. Just check the list of rappers, there is no artiste in Ghana doing just rap. Either they do a little bit of singing or they employ the services of singers,” he said.

Asked who his favourite artiste was, Okuraseni Samuel said he would go for Akwaboah any day because he was awesome.

“Akwaboah is something else and I admire him a lot. He does not follow trends but does his own thing which is so unique. It is unfortunate he is not as big as I expect him to be in Ghana, and this is because we are failing to appreciate a talented artiste.

“He writes so well, plays the keyboard and performs so well with the live band too. It is difficult for an artiste to have all these qualities but Akwaboah has them. I respect him so much,” he added.