Diamond: I once worked as a fuel pump attendant 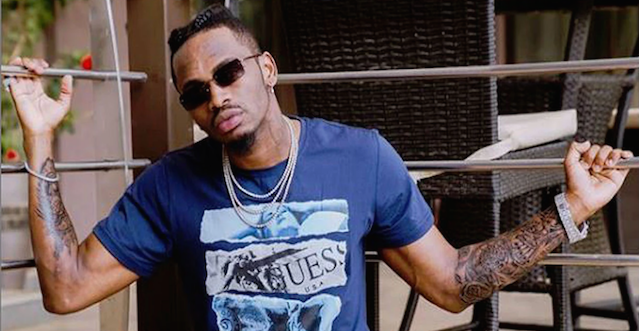 Tanzanian musician Diamond Platnumz has shared a rare confession, revealing he once stole his mothers’ gold ring and sold it to jump-start his music career.

The Waah hitmaker, born Naseeb Juma, who recently showed off his new custom-made pendant that is said to be worth Sh5 million, explained in a recent interview that the music bug hit him when he was 17.

The Dar-es-Salaam-based star also opened up on how he tried engaging in all sorts of odd jobs to raise money for studio sessions.

This includes selling second-hand clothes and working at a fuel station.

All these hustles were could not accord him the required income, however.

It is at this point, that the thought of stealing from his mum hit his head.

Without hesitation, he hatched a plan to steal his mother’s most precious jewelry at the time, her gold ring, and one that she was fond of.

Her mother would soon find out, and when she inquired; “I told her I lost it in the bathroom, that it fell down the toilet drainage.” recalls Diamond.

With the money from the sale of the ring, Diamond hit the studio and released his first single ‘Toka Mwanzo’ which he says never went past the studios’ roof.

Even though the single did not do well as he anticipated, it was a blessing in disguise as it led him to his first manager who paid for more of his studio time, thanks to his ambition and passion.

Come 2009, the singer’s breakthrough finally arrived when he released ‘Kamwambie’ and he has never looked back since.