The Presidential candidate in wheelchair; Greenstreet tells his story 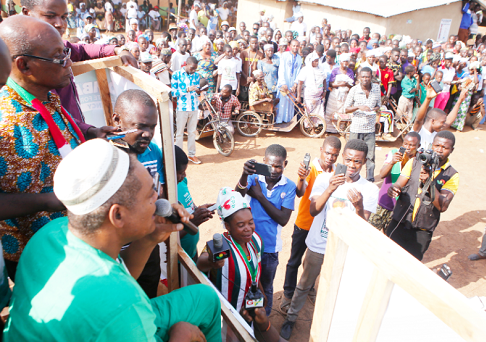 As Ghana joins the rest of the world to commemorate World Disability Day tomorrow, December 3, the Presidential Candidate of the Convention People’s Party (CPP) has urged persons with disability not to allow their situation to be obstacles to their dreams and aspirations.

“It is the spirit that controls the human body. Anything is possible whatever your condition may be,” he told The Mirror in an interview.

Having already made history as the first man in a wheelchair to contest the Presidential election in Ghana, if not in Africa, Mr Ivor Kobina Greenstreet holds the view that the only barrier to achieving one’s dream is a mindset of impossibility. 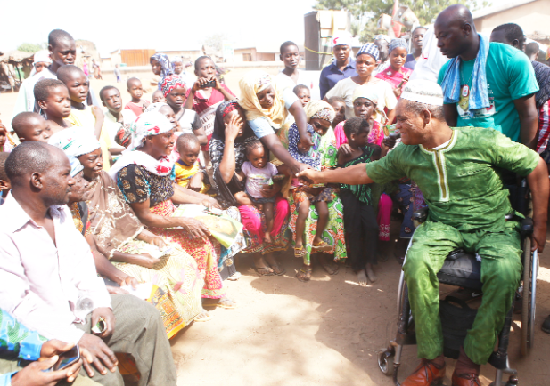 A dose of inspiration

“There are so many people who have one form of disability or another; it may be just a minor limp or problem with the eyes, hearing or the hands. When you find yourself in that situation, you compensate in other ways to do precisely the same things that ‘able’ persons are doing. For instance with the wheelchair, you are not walking, but it still moves you to your destination,” he said.

On a quiet and a hot Monday evening in November when the sun had retired to bed and dark clouds took control over the sky, The Mirror caught up with Mr Greenstreet after a busy day on the campaign trail in Tamale, the Northern Regional capital.

In an interview that touched on events leading to his road accident, his vision for Ghana, his hobbies and other issues of national concern, Mr Greenstreet said he enjoyed meeting people as it offered an opportunity to better understand their needs.

“I enjoyed meeting completely different people who ordinarily, you would never meet except on these kind of journeys, making friends and getting a clearer understanding of the kind of problems they have in their daily lives, and whether the system we have in our country is able to deliver benefits to them because we seem to be a really wealthy nation with so much in terms of resources but strangely enough even though we don’t have a large population, we still find ourselves in great difficulty.“

Mr Greenstreet was not born in a wheelchair. The script of his life in the wheelchair started on December 24, 1997—a day he would want to forget, mainly because of its traumatic experience.

“At that time, I had a problem with my car, so I went to change cars from another residence near mine. I went to town and got held up in town till late. Later, I was on my way to Tema when I had a burst tyre and the car got out of control and I found myself lying beside the road.”

Trapped in the vehicle, it was at this point that the realisation dawned on him that he should have listened to his instinct which had earlier told him not to go out.

“Next thing I knew, someone flagged a taxi and I found myself sitting at the back of the taxi, next to somebody. I knew that if you are in that condition you are not supposed to be sitting but rather be lying flat. I don’t know what happened next, I might have blacked out,” he recalled in a pensive mood.

His medical journey into hospitals home and abroad began from there, the first destination being the Tema General Hospital before being transferred to the Korle Bu Teaching Hospital. 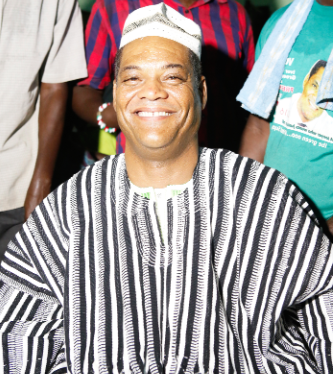 “I remember being carried up the stairs because the lift was not working. The next thing I remember, I was in an ambulance because my older sister who is a doctor and was working in the UK had arranged for a private air ambulance to fly me out.”

“I remember being in the ambulance being driven on the railway line at the Nkrumah Circle and I was in such pain,” he said, the smile on his face disappearing.

When the private air ambulance landed in the UK, he was diagnosed with Assisted Respiratory Distress Syndrome—a condition that shut down his system - two days later, but a life support came in handy.

“That is when your lungs stop working, your stomach stop working and everything stops working. I was put on some kind of life support for almost a month,” he said.

When he eventually pulled out of the life-threatening situation, he stayed in the hospital for almost a year.

Lifting a giant smock that was gifted him earlier in the day by the Paramount Chief of Sagnarigu, he showed a scar on his neck which was the spot the ventilator was fixed to provide oxygen. A scar of the pain and anguish he endured for almost a year.

When he heard that he could not walk again, he was overcome with shock but accepted to move on because he couldn’t do much about it.

In October 1998, he returned to Ghana and began stitching together his psychological building blocks to restore his life. 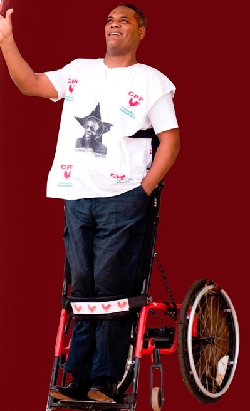 Already a member of the CPP, six years later, he was travelling outside the country when he met Prof. Nii Noi Dowuona at the Kotoka International Airport and asked him about who was contesting the party’s Parliamentary ticket in Ayawaso West Wuogon in the Greater Accra Region. There was no one.

He contested and for the first time in the history of the party in the Fourth Republican election, the CPP went beyond its 500 votes in previous election and roped in more than 4,000 votes.

Before then, in 1996, he abandoned his plans to contest the La Dadekotopon seat on the ticket of the National Convention Party (NCP). He had to withdraw because the party formed what became known as the Great Alliance with the New Patriotic Party. The Great Alliance lost the election to the National Democratic Congress led by former President J.J. Rawlings, who won a second term.

Mr Greenstreet is the son of two professors from the University of Ghana, Legon; profesor Dennis Greenstreet and professor Miranda Greenstrret. He is a lawyer called to the Ghana Bar and the English Bar (Inner Temple) as well as a publisher.

Mr Greenstreet takes his inspiration from the life and work of Franklin D. Roosevelt, the only United States of America President who was confined to a wheelchair but led his country through the tough times of the Great Depression.

The late Roosevelt was the 32nd President of the United States. Not only did he serve an unprecedented four terms in office from 1933-1945, but he was also the first president with a significant physical disability.

He was diagnosed with infantile paralysis, better known as polio in 1921 at the age of 39.

With the country stuck in the depths of the Great Depression, his ambitious slate of ‘New Deal’ programmes and reforms redefined the role of the federal government in the lives of Americans, breathed life into agriculture and created jobs and spearheaded the successful wartime alliance between Britain, the Soviet Union and the United States and helped lay the groundwork for the post-war peace organisation that would become the United Nations.

It is that New Deal that inspired, Mr Greenstreet’s Ampaforo Manifesto to wit ‘New Covenant’.

“The CPP’s version of the New Deal is to ensure that Ghanaians benefit from the country’s natural resources and become more united as a people.”

“The politics should be less about self-enrichment and more about service and making the lives of the people better and for us to truly begin the 21st century meeting our aspiration as a nation. Up until now, we have fallen short,” he said with clasped hands. 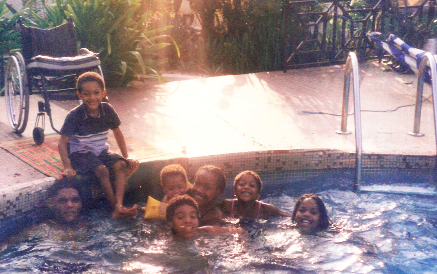 He is a passionate football fan who supports Kumasi Asante Kotoko and Liverpool.

He reads novels and is a big fan of Russian author, Leo Tolsty; War and Peace remains his all-time favourite.

Greenstreet is an avid swimmer and athlete and a member of the Ghana National Rifle Association (GNRA). He has represented Ghana’s Black Snipers abroad, being the first African to participate in an international Para-shooting event.

He is also member of the Men of Christ of Christ Anglican Church, Legon.

Although an Anglican, Mr Greenstreet’s favourite hymn is a Methodist hymn titled: “Captain of Israel’s host and guide.”

When he sang the hymn at the Bethel Methodist Church in Sefwi Wiawso, he moved many in the congregation to tears.

He enjoys groundnut soup with any accompaniment.