Life they say begins at 40 but 40 years in ministry could be the twilight of a pastor’s calling more so, when he has just hit the 66-year-old mark. But when such a preacher man defies all odds and rather than succumbing to the pressures that come with ageing, he is reinvigorated by the unadulterated word of God to ride on, his life becomes an epitome of God’s faithfulness and a motivation to young pastors.

That is the story of Rev. Dr Stephen Kwabena Asante, Senior Pastor of the Asokwa Baptist Church in Kumasi in the Ashanti Region, who is being celebrated on Sunday, September 27, at a convocation at the church premises.

Born on August 27, 1949, at Nchiraa near Wenchi in the Brong Ahafo Region, Rev. Asante found the Lord early in his teens through the Scripture Union Christian Fellowship. Before then, he nearly died when he was struck by a strange illness in secondary school Form One.

And by the second year in Wenchi Secondary School, Rev. Asante’s illness had worsened to a level which many described as ‘spiritual manipulation’ with severe and unusual heart palpitations.

As though God wanted to prove the power in His word and to give the pastor a sign that he has indeed been called, the illness vanished into thin air on the day he got born again.

Convinced by the sudden miracle and sure that the presence of God was with him, Rev. Asante took the entire region by storm with his ‘soul winning’ programme including dawn broadcast/preaching, preaching in trotro and house-to-house ministration.

‘’I became committed to the extent that people around the village said I was a child of destiny. At the time, it did not make much sense to me until  years later when I entered into full-time ministry in September 1975,’’  the affable Man of God told this reporter as he shared his life experiences with him.

Unlike many pastors who may have had a taste of the ‘world’ before becoming born again, Rev. Asante’s only setback was his bizarre illness which nearly took his life.

Early in his Christian life, Rev. Asante was pre-occupied with helping the needy and the poor which up till now has been the philosophy underpinning his  ministry.

His main Bible text is James 1:27 which admonish helping orphans and widows in distress.

Although he attended Methodist School from primary through to the secondary level, Rev. Asante joined the Baptist Church because he was moved by the preachings of international evangelists, Billy Graham and Dr Stephen Olford.

Rev. Asante’s transformation transcended every facet of his life such that at  secondary school and later at the Presbyterian Training College at Akropong Akwapim he was adjudged the best well-behaved student.

But the award at the training collage which was presented by the then First Lady, Faustina Kutu Acheampong, still continues to linger on his mind.

Rev. Asante’s world nearly came crashing in 1969 when he failed the English paper in the Ordinary Level Certificate Examination which nearly truncated his schooling.

But rather than giving up, Rev. Asante, then popularly referred to as Brother Steve, found solace in the word of God to re-register the English paper in his second attempt popularly called ‘Second World War.’

While preparing for the examination, Brother Steve, began teaching as a pupil teacher at Tema  where he joined the then Tema Christian Fellowship jointly led by Professor Emmanuel Marfo and the late Tom Adevu.

His relocation to Tema was a blessing in disguise because it was at the fellowship that he was properly nurtured in the Lord to take the world by storm.

With the likes of the mother of Pastor Mensa Otabil of ICGC fame, Rev Asante became ‘solid’ in the Lord to mentor the likes of gospel queen, Mary Ghansah, and the elder sister of Pastor Otabil, Mariam.

He entered the Presbyterian Training College in 1971-73 where he graduated as a fully fledged trained teacher but his passion for the work of God took him away from the classroom early than he could expect. 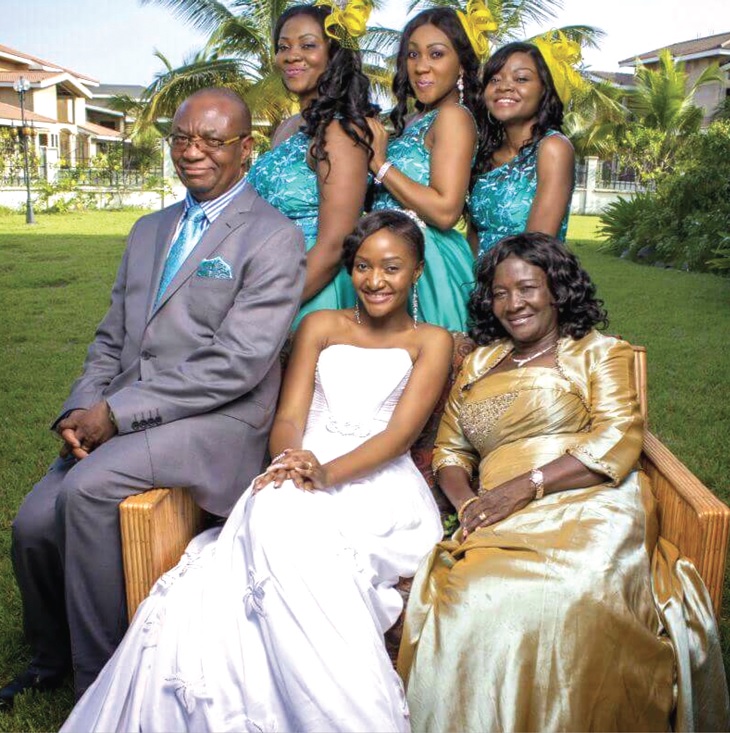 How he met his wife­

While at the training college, Rev. Asante was the lynch-pin for the Campus Christian Fellowship.

His wife, Evelyn, was his classmate, a member of the S.U.  and an athlete but it never crossed his mind that he would be marrying her.

‘But as I descended the stairs one day after having a quiet time with the Lord, I saw this young girl praying alone in the auditorium. I stood in awe and told God  I wish I  could get a woman like this in the future,’ he told The Mirror as he reminisced.

‘After school, she was posted to Nkawkaw. I wrote to her and asked her to pray about  us  possibly getting married. She ignored me for about a month before replying in the affirmative. We got married in November, 1975, the same year I entered into full time ministry,’ he said gleefully.

Rev. Asante taught briefly at Techiman but while there, he was seconded to the Ghana Evangelism Committee as the Regional Director for Brong Ahafo with special duties to the northern region.

While at Techiman, Rev Asante pastored the Adom Baptist Church when  the senior pastor  left for the United States of America.

In all the positions he  held, he was the first black to have held those positions since the previous occupants had been whites.

In 1976, Rev. Asante had the opportunity to travel to Nairobi, Kenya, for further studies in Evangelism under the Ministry of Campus Crusade. He also studied at  the British Theological Seminary in the early 1980s for a degree in Theology.

He followed it with a post graduate diploma  in Mission Studies in the United Kingdom at the World Evangelisation for Christ Mission Orientation Centre which was sponsored by the World Mission.

He also holds a Master’s degree  in Applied Theology at the University of Wales in the United Kingdom. Rev. Asante has been awarded with an honorary Doctorate Degree by the Institution of Pan African Theological Seminary.

In 1986, Rev. Asante  became the first Ghanaian to pastor the Asokwa Baptist Church (Tabernacle of Hope) till 1994 when he was appointed the National Director for Ghana Evangelism Committee for eight years.

While pastoring Asokwa Baptist , he helped plant several branches including the Ahinsan, Kotei and Donyina branches.

In 2002, he was posted to the Tema Baptist Church where he served with distinction till 2005 when he returned to Asokwa to help reshape the assembly with the construction of a multi-purpose auditorium which is to be officially inaugurated on Sunday to coincide with his coronation ceremony.

Rev Asante beyond preaching is also a fine writer and has five publications to his credit including Equip to Evangelise and no Bible no breakfast.

As a pastor, Rev Asante believes worship brings down the presence of God and ushers him into the ‘throne room of God.’ That belief propelled him into composing five local songs including ‘Aseda ne ayeyi ne ntrotrom’ and ‘mo ntrotrom no’.

Rev and Mrs Asante are blessed with four girls all currently married with six grandchildren.

Beyond preaching, Rev Asante takes interest in keeping fit and working out at least 30 minutes each day excluding his one hour a day ‘prayer walk’ where he walks within his residence to pray for all kinds of people.

He enjoys reading and watching documentaries on wild life, athletics and football.