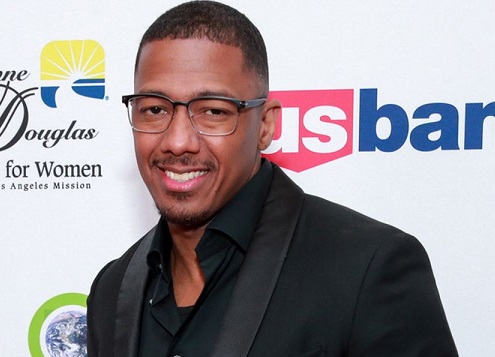 Oh baby! It looks like Nick Cannon is now a father of seven.

On Saturday, July 3, his rumored girlfriend Alyssa Scott posted on Instagram photos of herself holding a newborn baby, named Zen. She wrote, "I will love you for eternity ♥ 6•23•21." Nick, 40, liked her post.

His rep had no immediate comment about the matter when reached by E! News.

Alyssa, who also has a daughter from a previous relationship, announced her recent pregnancy in January in an Instagram post that she later deleted.

Then in May, the model and influencer revealed in another Instagram post, which has also since been removed, that she plans to name her child, a boy named Zen S. Cannon, raising speculation that Nick is his father.

Three days before giving birth, on Father's Day, Alyssa seemed to confirm the rumors when she shared a pic from a maternity photoshoot that showed a man who appeared to be Nick putting both hands on her baby bump. She captioned the image, "Celebrating you today."

Nick has six younger children, including three born in the past year. On Saturday, four hours before Alyssa announced Zen's birth publicly, Nick shared on his Instagram Story a photo of one of his babies, 6-month-old daughter Powerful Queen Cannon, his second child with model Brittany Bell. The two also share a son, Golden Cannon, 4.

1-2. Moroccan Cannon and Monroe Cannon
Mariah Carey gave birth to her and Nick's twins in April 2011. The two announced their split in 2015 after six years of marriage and finalized their divorce a year later.

3. Golden Cannon
Beauty queen Brittany Bell gave birth to her and Nick's first child together, a boy, in February 2017.

7. Zen S. Cannon
Model and influencer Alyssa Scott gave birth to a son in June 2021. Nick liked her baby announcement. Before welcoming the child, Alyssa had shared a maternity photo shoot pic showing a man who appeared to be the star putting his hands on her baby bump.