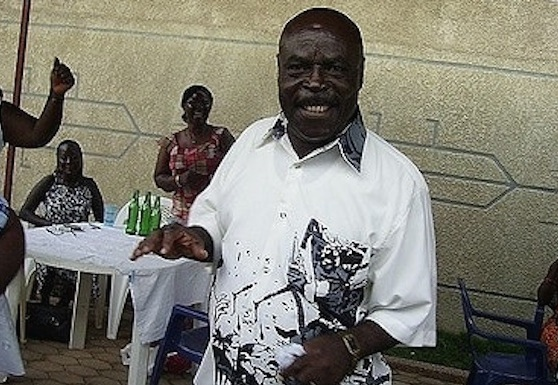 Mac Jordan was a popular figure in the Ghana movie industry
30.5k Shares

Family members, colleagues, friends and fans of the late Mac Jordan Amartey are paying their last respects to the actor who will be buried at the Gethsemane Memorial Garden, East Legon, in Accra today.

He will be laid in state at the forecourt of the State House in Accra this morning.

Final funeral rites will be held at the Church of Jesus Christ of Latter day Saints.

Mac Jordan Amartey died at the Korle Bu Teaching Hospital on Thursday, July 5 after a long battle with diabetes which led to one of his legs being amputated.

As one of the pioneers in Ghana's movie industry, he was a popular figure in the television series, Idikoko and  TV Theatre.

Organisers of the Ghana Film Honours expressed shock when they learnt of Mac Jordan Amartey's death.

The Chief Executive Officer (CEO) of Ghana Film Honours, Michael Ola, said Mac Jordan, who was also a teacher, was set to be honoured at its gala event which took place last month for his sterling contribution to Ghana’s film industry.

“It is so sad we could not honour him on August 4 as planned. For his award, we were going to give him a gold coin, kente cloth and six-month DStv subscription,” he said.

The organisers still honoured Mac Jordan with a documentary that celebrated his work over the years at the event.