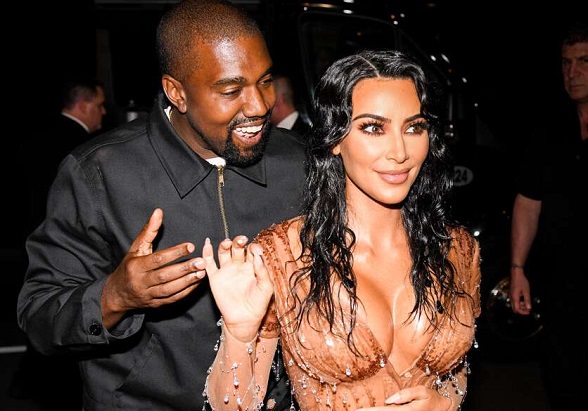 Kanye West has a message for his wife Kim Kardashian: He's sorry.

On Saturday, the 43-year-old rapper and presidential hopeful took to Twitter to issue a formal apology to the Keeping Up With the Kardashians star.

Kanye also asked his wife of six years for forgiveness, after his recent remarks about her, members of the Kardashian family and their marriage made headlines.

"I would like to apologize to my wife Kim for going public with something that was a private matter," the Yeezy designer wrote on Saturday on Twitter. "I did not cover her like she has covered me."

"To Kim I want to say I know I hurt you. Please forgive me. Thank you for always being there for me," he closed.

Kim has yet to publicly weigh in on Kanye's apology.

The apology to the KKW Beauty founder comes five days after he posted cryptic messages about her, his mother-in-law Kris Jenner and other members of the Kardashian-Jenner family.

"Kriss [sic] don't play with me you and that calmye are not allowed around my children," the rapper wrote in since-deleted tweets posted earlier this week. "Ya'll tried to lock me up."

"Kriss [sic] and Kim call me now," he said in a following tweet, before uploading a screenshot of a text message he allegedly sent to the Kardashian-Jenner family matriarch.

"This is Ye," the alleged text message read. "You ready to talk now or are you still avoiding my calls [?]"

Another tweet referenced comments he made at his first campaign rally in South Carolina on Sunday, July 19. At the public event, Kanye teared up while revealing he and Kim allegedly considered terminating her pregnancy.

He tweeted, "Kim was trying to fly to Wyoming with a doctor to lock me up like on the movie Get Out because I cried about saving my daughter's life yesterday."

On Wednesday, July 22, Kim broke her silence over her husband's tweets. She also asked her millions of followers to be sensitive and understanding, as Kanye continues to struggle with bipolar disorder.

"[Kanye] is a brilliant but complicated person who on top of the pressures of being an artist and a black man, who experienced the painful loss of his mother, has to deal with the pressure and isolation that is heightened by his bi-polar [sic] disorder," she wrote at the time. "Those who are close with Kanye know his heart and understand his words some times do not align with his intentions."

"We as a society talk about giving grace to the issue of mental health as a whole, however we should also give it to the individuals who are living with it in times when they need it the most," Kim concluded.

"I kindly ask that the media and public give us the compassion and empathy that is needed so that we can get through this. Thank you for those who have expressed concern for Kanye's well-being and for your understanding."

Of her statement, a source told E! News, "Kim decided to speak out because her heart hurts for Kanye and anyone dealing with mental illness. She also wanted to wanted to dispel the ongoing misinformation being spread."

"She tries to keep their family matters private and is very upset he lashed out against the family," the source added.

The source noted that Kim stayed in Los Angeles, while Kanye has remained in Wyoming at his ranch. In fact, a few of the rapper's closest friends and fellow colleagues have flown to visit with him.

Justin Bieber flew to Cody, Wyoming ahead of the weekend.

On Friday evening, Kanye posted a candid photo of Justin and Damon Dash, Roc-A-Fella Records co-founder, sitting down in what appeared to be an outdoor facility on the property.

On Tuesday, July 21, comedian Dave Chappelle flew down to check in on Kanye. "THANK YOU DAVE FOR HOPPING ON A JET TO COME SEE ME DOING WELL DAVE YOU ARE A GOD SEND AND A TRUE FRIEND ALL LOVE," Kanye shared on Twitter, alongside a one-minute video.