I want to cause a change in society — Ohemaa 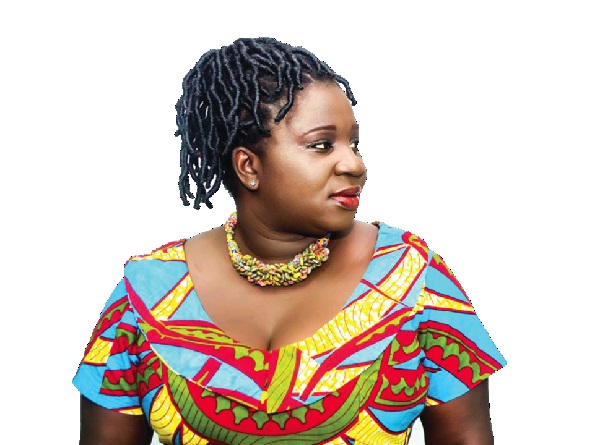 Although most media personnel find it difficult to pursue media related work for a long time, some have gone through the odds not only to carve a niche for themselves but to also create opportunities for the communities they find themselves.

With the ultimate excuse that “media doesn’t pay”, most personnel hurriedly dive into a different profession even before they settle in.

However, some have been through it all, from rising through an independent production, paying their own airtime till the acquisition of a salary paid job.

One of such individuals celebrating a decade in the media is Serwaa Kobi Hemaa Osisiadan-Bekoe popularly known as Ohemaa.

Currently the Director of TV at Homebase television, Ohemaa has paid her dues in the media landscape. Her first step was at TV Africa where she hosted “Ghana’s Pride” in 2007. The programme sought to project the rich Ghanaian culture while showcasing the various Ghanaian products on the market.

In 2009, she made her way to the Ghana Broadcasting Corporation with the same programme. Through hardwork, she gave birth to another programme dubbed “Ohemaa Dwaso”.

She headed to Multi TV in 2014 with a programme called “Exclusive to Cancer”. In 2015 at Light TV she became the programme’s manager and is currently at Homebase TV where she doubles as the morning show host and the head of the TV department.

She came up with a programme ‘Beyond the Ballot’ a social political show on Homebase TV which airs every Wednesday at 8pm to 10pm.

‘Beyond the Ballot’ provides power of inquiry with details and assessment of authorities and the people in charge. The programme deepens citizen participation in the political decision-making process.

Ohemaa marked her 10th anniversary in April this year and as part of the celebration, she will be embarking on 10 different projects, which includes assisting 10 students with scholarships to study Journalism, sponsorship for 10 people in bead making , 10 people in juice production, 10 people in hair braiding, 10 people in make-up artistry and 10 people in nail care.

The rest are 10 people in effective herbal skin products, 10 people in yoghurt production and cancer education in 10 selected markets.

According to her, the above projects would be funded through her Angeles Foundation. The foundation focuses on boy-child empowerment, cancer education and development of entrepreneurial skills.

About how she started, Ohemaa said she had come to Accra from Kumasi in search for work to support her school and after a friend advised her to try her luck at TV Africa, little did she know that she would be a media practitioner.

“I had no idea of being a media person until I was asked to come up with my own programme at TV Africa. That was how I began by career”, she said.

Describing who she is, Ohemaa said, “I am a very interesting and a multi tasked person. I have been teaching even during my university days. I am somebody who hardly relaxes”.

She told Showbiz that she wants to cause a change in the society and will never rest until she achieves her aim.

“I am not resting until I know that I have caused a lot of changes in the society, I am doing my best and I know I will get there one day”, she said.

Her challenges have to do with making the team she works with understand whatever she puts across. “My decisions have been turned down severally and I really have to convince them why I made those decisions”, she said.

Married with three adorable kids, Ohemaa is a product of Sunyani Senior High School (SUSEC) and St. Louis Training College. After four years of teaching Mathematics and Science, she enrolled into Regent University to do a Bachelor of Arts in Accounting.

Serwaa Kobi Hemaa Osisiadan-Bekoe also has to her credit an MBA certificate in Corporate Strategy and Economic Policy, from the Maastricht School of Management, Netherlands.

She was recently rated as part of the top five female morning show hosts in the country. The rating was conducted by profileability.com and was solely online voting and survey by the public.