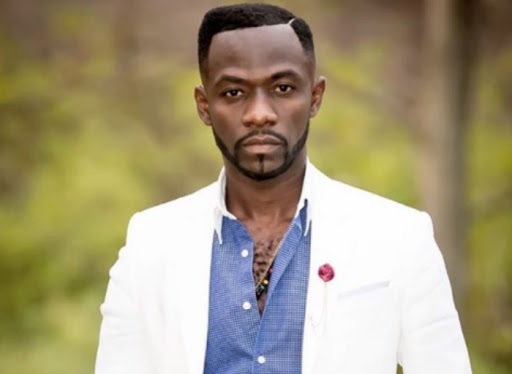 Rapper Okyeame Kwame has disclosed that he has not given up on his legal action against veteran Highlife musician Gyedu Blay Ambolley.

According to the Made In Ghana artiste, the lockdown imposed by the government as part of efforts to combat the spread of the coronavirus slowed down the process but he had not let the matter go.

“It took a while to get a court to take the case and when we did, the bailiffs looked for him (Ambolley) to serve him the writ but they couldn’t get to him.

“Eventually, I sent him the writ on Whatsapp and informed him that the bailiffs were looking for him. The bailiffs spoke to him and he said he was out of town and would return at the weekend so he could be served the following Monday.

“Unfortunately, that Monday was when the lockdown came into effect so he was not served, but we will surely go to court after the lockdown,” he told the Daily Graphic.

In an interview on a radio station in Accra, Ambolley made some allegations that Okyeame Kwame, along with current acting President of the Musicians Union of Ghana (MUSIGA), Bessa Simons, Ben Brako and TiC, received GH¢50,000 each as a loan from former MUSIGA President Bice Osei Kufuor (Obour) but failed to pay back.

He claimed that the amount was taken out of the GH¢2 million the Atta Mills government gave to MUSIGA in 2012 and had evidence to back his allegations.

Hours after the claim, Okyeame Kwame, through his lawyers gave Ambolley a 72-hour ultimatum to retract and apologise for the statement. He threatened to sue if the veteran did not comply.

Ambolley later called the bluff of Okyeame Kwame and said he could go to court.

Okyeame Kwame told the Daily Graphic that the suit was not about money but he just wanted the truth to be told.

“He might just pay some money for my lawyer’s fees and other costs, but I just want the truth to be out there,” he stated.