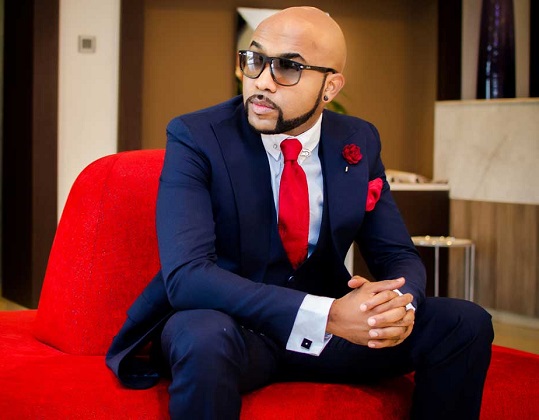 We all know that Banky W is one of the most eligible bachelors in Nigeria but its looks like the singer has not found his missing rib yet.

In a recent interview, he revealed why he has been single as he disclosed he has not been lucky with love, but still hopeful the right person will come soon.

While giving his criteria for choosing a bride, he mentioned, she should be beautiful, ambitious, with a good physic and should have a career of her own.

Obviously some people misinterpreted what he said, saying the singer doesn’t want to settle down with a poor lady from a low background.

This made a fan attack the singer, saying he is a big fool for disclosing publicly that he can’t marry a woman that is poor or from a low background.

Banky W is not one of the celebrities you find trading insulting words with a fan, for him to have responded only means the singer was really infuriated.

He said: “I didn’t, but you are a bigger fool for jumping into conclusion believing everything you hear and tweeting me this crap.”

However, it would have been suitable for him to simply ignore than reply the fan. Don’t you think so too?