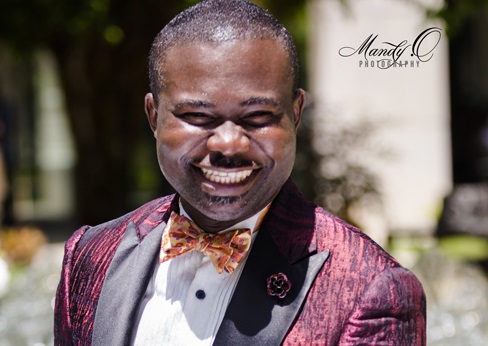 Being a people person who loves to be there for his family and friends, Kabutey Ocansey popularly known as Kabutey-my-mc, loved attending events of all kinds to support his loved ones.

And everytime he attended an event, the one thing he always took away was that the emcee made all the difference no matter how well put together things were.

This observation stayed with Kabutey so deeply that 10 years ago, he was convinced he could do better than some of the emcees he had seen and that is how his journey to becoming one of the best emcees in Ghana took off. And 10 years and 1,000 events later, he has no regrets at taking the path he chose.

“I had no idea that emceeing was a service option in Ghana not to talk about it being viable and valuable. I was a science student through and through and just expressed my creative side naturally and for fun.

“Building a career and business from emceeing started by accident and evolved as I gained more experience. It started off just on the basis of special events needing better hosts to cement their memorable value. I had attended events that were great in all except the emcee and that took so much away from them.

“I felt it so deeply that I convinced myself I could be a better option. I recall in early 2011 when my family and I attended two weddings on successive Saturdays and had to suffer through very bad hosts and that was when I decided to take it seriously and eventually got propelled into professional event emceeing.

“I was focused on building the craft and making it a significant alternative income earner for me so I got more conscious about creating a brand with commercial value through a recognisable profile which appeals to premium clients,” he told Graphic Showbiz in a chat recently. 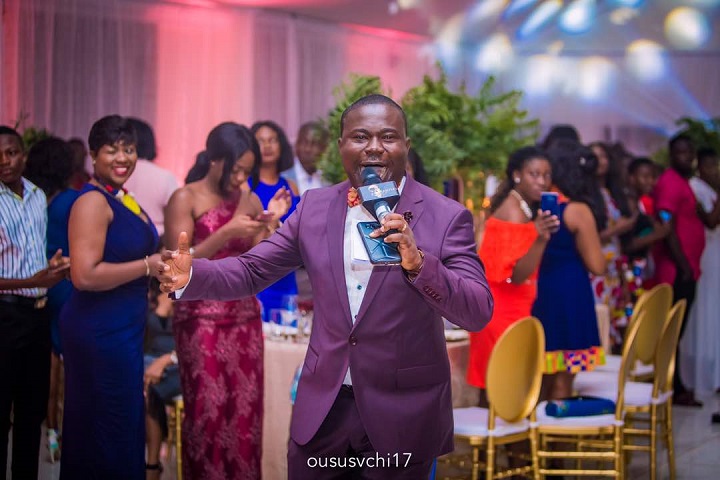 Kabutey is the life of any event he emcees

The father of three (two girls and a boy) said his journey has taken him across nine cities and three continents and won him a number of industry and public awards including  Event Host of the Year at the 2021 Entertainment Achievement Awards and Best MC of the Year at the 2019 Ghana Event Industry Conference Awards.

Like any job has its pros and cons, the world of emceeing is not all smooth as some of Kabutey’s counterparts have admitted to but the 40-year-old says he is yet to experience any downs.

“It has been a worthy experience I must say. I can’t really say I see a downside to it. It’s been a blessing in many ways and I truly enjoy the celebratory environment of events as well as the vast networking opportunites they present.”

He prides himself on being an all-round emcee who can steer any kind of event successfully.  “I don’t have specifics, I am an all-round person; in these 10 years as a professional event emcee, I have done corporate, social, entertainment and religious events.

He said, “a lot goes into being a good emcee; it starts with an appreciation of the advantages or disadvantages of the craft. Then it requires an understanding of the science and art of emceeing. The science refers to the how and why of events and the art is built on one’s natural disposition to artistry, performance and psychology of emotions and audience direction.

“Then finally, developing the understanding of managing the event’s stakeholders, capturing their dreams and translating it into an actionable vision and plan for effective execution all the while working on a valuable profile through consistent delivery, networking and targeted public engagement.”

After being in the business for 10 years, Kabutey shared some tips on what has kept him thriving and being on top all these years. “It was a professional mindset that made me take every aspect of what I did seriously. In my research, I never took the preparation and execution for granted.

“Secondly, relationship building across all segments of the events industry; I realised it’s good to know people but it’s great when people know you especially for competence and lastly, grace from above and goodwill from clients, friends, family and the general public.”

Kabutey has won a number of awards

For lovers of theatre productions, Kabutey is a known face in productions from Roverman and when asked if he is still in the acting business, he answered, “Not as actively as I used to. However, my passion for both stage and screen acting is very much still alive.”

Describing who he is away from the microphone, he said, “Kabutey is a family man composed of a fine blend of contrasts; analytical and spontaneously creative, extrovert when out and still enjoys solitude away from everything, passionate and emotional, vibrant and big-hearted, loves to make every moment count and prone to inspiration both ways.”

On what is next for him after 10 years in the emceeing business, Kabutey who also has a great fashion sense said, “I look forward to evolving my craft to be even more relevant in mainstream media, talent development through mentorship across the continent and a focus on contributing to national development.”

Kabutey grew up in Accra as the older of two boys with his mum and aunties. He attended Englebert Preparatory School from nursery to junior secondary school and Pope John Secondary School for  senior secondary.

He worked in development consulting for almost five years before following his passion for the arts and joining Uncle Ebo Whyte’s Roverman Productions initially as a part-time cast member then as a full-time staff and eventually Head of Business Development.

He is currently pursuing events full time alongside other business interests.