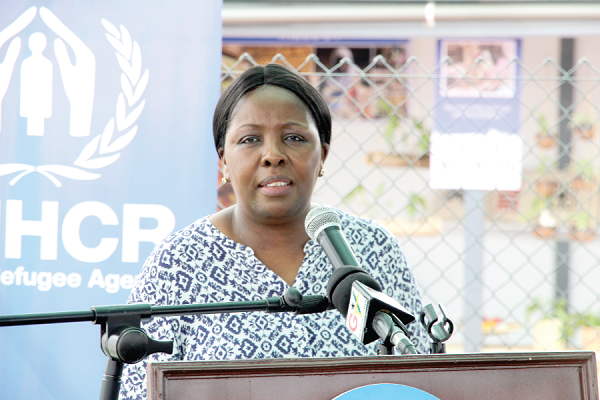 Last Monday, June 20, the global community marked World Refugees Day (WRD), just as it has done every year since 2001, to raise awareness of the unique health needs of refugees and people on the move and the challenges they may face in accessing health care during their journeys and in their host countries.

This year, the focus was on the right to seek safety.

The WRD is an international day designated by the United Nations to honour refugees around the globe and celebrate the strength and courage of people who have been forced to flee their home countries to escape conflict or persecution.

The commemoration shines a light on the rights, needs and dreams of refugees, helping to mobilise political will and resources, so that refugees can not only survive but also thrive.

Originally known as African Refugee Day before the UN General Assembly officially designated it as an international day in December 2000, the WRD is an occasion to build empathy and understanding for the plight of refugees and recognise their resilience in rebuilding their lives.

The physicist, Albert Einstein, arrived in America in 1933 after he and thousands of other Jews had fled persecution in Nazi Germany.

In 1997, Madeleine Albright became the first woman to be appointed US Secretary of State. The daughter of a Czech diplomat, she was a refugee in England during World War II, where she lived through the bombardment. Her family returned to then Czechoslovakia after the Nazis had been defeated but escaped to the US after the Communist takeover of that country.

Seven-time Grammy award-winning singer and songwriter, Gloria Estefan, fled the Cuban Revolution with her family in 1960 after the rise to power of Fidel Castro, arriving in the US when she was just two years old. Her father was a political prisoner after the Bay of Pigs invasion, and he later served in the US Army in Vietnam.

Estefan and her husband Emilio have received the United States' highest civilian honour, the Presidential Medal of Freedom.

Ilhan Omar is the first Somali-American ever elected to the US Congress. Born in Mogadishu, Omar arrived in the US as a refugee when she was 12. She was eight when Somalia’s civil war broke out. Her family fled to Kenya, where they spent four years in a refugee, camp before moving to the US in 1995.

Indeed, every person on this planet has a right to seek safety — whoever they are, wherever they come from and whenever they are forced to flee.

People seeking refuge in other places or countries have a right to seek asylum, a right to have safe access, they must not experience push backs or discrimination from would-be hosts and must be treated with respect and dignity as humans, according to the United Nations High

Commission for Refugees, and we couldn’t agree more.

Current statistics show that the number of people forced to flee conflict, violence, human rights violations and persecution has now surpassed 100 million for the first time on record, meaning that we will continue to have people seeking refuge all across the globe for varied reasons for a very long time.

Ghana has, over the years, played and continues to play a key role in catering for people displaced in the West African subregion. The Liberian civil war and the Buduburam Camp in the Central Region come readily to mind, while we currently have three refugee camps in the country: Ampain and Egyeikrom, as well as Krisan, in the Western Region and Fetentaa in the Bono Region.

As humans, we should not shut up our bowels of mercy towards refugees because being displaced could happen to anyone at any time. Who knows; by taking care of people displaced by war or natural disasters, we could be producing the next Albert Einstein or others who would go on to do great exploits for humanity.

Refugees step up for their communities; it is time we stepped up for them by making humanity lead