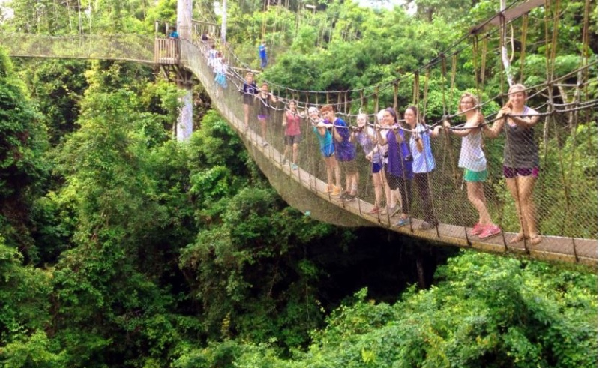 Perhaps it is in view of the abundance of nature’s blessings in the form of awe-inspiring natural occurrences, such as waterfalls and rock formations, and the country’s rich history that has bestowed on us numerous iconic sites and artefacts that we are taking tourism and our priceless sites for granted.

Sadly, although one can be spoilt for choice when it comes to visiting tourist sites in any of the 16 regions of the country and sampling the variety of sumptuous cuisines, the sites have not been well developed to produce the pull or magnetic factor.

It is instructive that just two months ago, the Ministry of Tourism, Arts and Culture (MoTAC) said it was conducting an assessment of tourist sites in the northern sector of the country to guide the development of those sites for revenue generation.

In that part of the country alone, many sites were identified, such as the Gambaga Escarpment, the Atabiya Tuuwa, the Naa-Jeringa Wall and the Achenga Fishing Settlement, all in the East Mamprusi municipality in the North East Region.

Also identified were the Gwollu Slave Defence Wall and the tomb of the late President Hilla Limann in the Upper West Region, both of which could shore up revenue generated in the country.

The Daily Graphic is excited that the Gambaga Escarpment has been found to be a suitable location for adventure sports, such as paragliding, zipline and abseiling, apart from the captivating scenic views of the surrounding area, a cascading waterfall and a Presidential Lodge where former President Kwame Nkrumah used to stay.

The Naa-Jeringa Wall has also been selected as a heritage site that can promote tourism and enhance visitor experience, while the Achenga Fishing Settlement has been penciled for white water rafting, canoe regattas and waterfront picnics.

The Daily Graphic is disappointed that in spite of all the gains we stand to make from tourism, we are finding it difficult to put our money where our mouth is.
Just redevelopment works on three tourist centres in the country has become a tall order due to the delay in the release of funds (GH¢1.64 million) for the Aburi Botanical Gardens in the Eastern Region, the Yaa Asantewaa Museum in Ejisu and the Yaa Asantewaa Mausoleum in Ejisu Besease, both in the Ashanti Region.

We find it strange that although the target was to complete construction works to give a facelift to the facilities before the end of the first quarter of the year, we are already in the middle of the third quarter, yet the five contractors for the works have all abandoned the sites after completing only about 27 per cent of the projects, on the average.

Also showing our lack of urgency attached to the rehabilitation and upgrade works is the fact that despite giving March 2022 as the completion date for the projects in the 2022 budget, the first phase of the projects was expected to be completed by the first quarter of next year, according to the Chief Executive Officer (CEO) of the GTA, Akwasi Agyeman.

We are befuddled that the construction of an entrance gate, a car park, a stage at an event venue, an exit gate and a seven-seater washroom for the Aburi Botanical Gardens must take forever.

This is more so when, according to the Field Supervisor of the Aburi Botanical Gardens, Dominic Adiirikame, the facility received over 60,000 tourists a year but could only boast a four-seater. What a shame!

We need to get our act together, court the private sector by entering into public-private partnerships if the government cannot find the funds to do basic rehabilitation at our renowned tourist sites, so we can make the sector the cash cow that it is meant to be in a world of falling commodity prices.