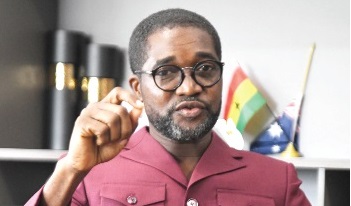 The Minerals Development Fund (MDF), now fully in place, is to provide a steady stream of funds for the accelerated development of the mining communities.

Over the period, even though mining companies have been exploiting resources from the communities, mining areas have not seen much development.

It is to avert this that the government established the MDF and the Minerals Income Investment Fund (MIIF) to help bring development to mining communities.

Unfortunately, it appears that there is no regular flow of funds to the Fund. A development which has compelled the Chief Executive Officer (CEO) of the Ghana Chamber of Mines, Sulemanu Koney, to call on the Ghana Revenue Authority (GRA) and other relevant institutions to ensure that royalties and other funds meant for the direct benefit and development of mining communities are paid on a regular basis into the MDF.

For us, this call by the CEO of the chamber raises pertinent issues, which must be addressed with urgency if we are to meet the goals for which the fund were set up.

Indeed, mining continues to be a major contributor to the GRA’s direct domestic tax contributions, which is why we cannot toy with the sector.

Although the host communities are entitled to different types of compensation and mineral royalty transfers, they are still among the poorest communities in the country.

To address those issues and establish a mining community development scheme, a new law, the MDF Act, was passed in 2016.

It is to facilitate development in mining-affected communities. In each mining community, a local management committee is to administer the scheme.

Despite its potential, the act has not been able to address the multiple challenges facing mining communities, due largely to delays in the release of funds to the MDF by the GRA.

To overcome these challenges and ensure the rapid development of host communities, we believe that the act should be amended to give a timeline for the release of funds to the MDF by the GRA.

For us at the Daily Graphic, the act should have provisions to compel the government to transfer mineral royalties in a timely manner to the fund. Not surprisingly, there are still delays in the payment of mineral royalties.

We further believe that information on how much the fund, the office of stool lands and local authorities receive in mineral royalties and how they spend them should be made publicly available.

Again, local people should be mandated to elect members to the local committees and be clear on what the committees can spend the mineral royalties.

We are confident that when these suggestions are considered, they will promote participatory development and accountability in mining communities, as local people will have an influence on how mineral royalty transfers are spent in their areas.

In addition, there will be more funds to promote alternative livelihoods and sustainable development, address environmental degradation and provide social amenities for mining communities.