The people must be involved in SDGs 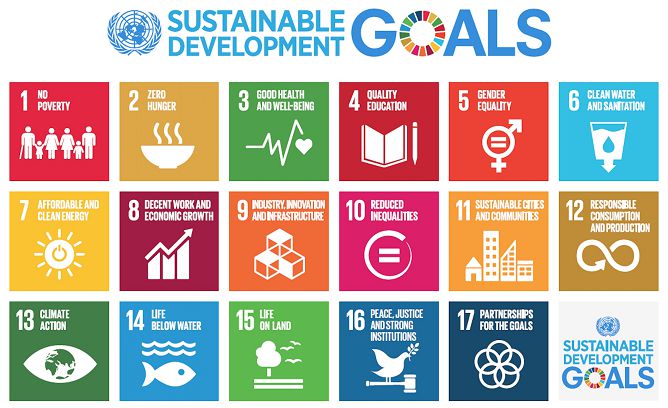 At the turn of the century in year 2000, member states of the United Nations agreed to endeavour to attain eight goals by 2015.

At the timeline of 2015, the MDGs were acknowledged to have attained huge successes across the world. Indeed, the UN Secretary General at the time, Mr Ban Ki-moon, described the MDGs as the most successful anti-poverty movement in history.

He was not far from right, as available data indicated that the MDGs helped to lift more than one billion people out of extreme poverty, make inroads against hunger, enable more girls to attend school than ever before and protect the planet.

It was, however, obvious that for all the remarkable gains, inequalities persisted and progress had not been even. Consequently, to build on the successes of the MDGs, the Sustainable Development Goals (SDGs), otherwise known as the Global Goals, a universal call to action aimed at ending poverty, protecting the planet and ensuring that all people enjoy peace and prosperity, was instituted.

Thus far, some successes have been chalked up under the SDGs, amid challenges such as a rise in global hunger, a continuous increase in levels of carbon dioxide, deprivation and conflicts in 2018, as contained in the 2019 SDG Report.

It is in this vein that the Daily Graphic is happy to receive the news that Ghana has made progress on many of the SDGs. According to the Minister of Planning, Professor George Yaw Gyan-Baffour, who disclosed some aspects of the Voluntary National Review Report on the implementation of the 2030 Agenda for Sustainable Development presented at the 2019 High Level Political Forum at the UN, poverty had declined, while there had been robust growth in GDP.

Again, he said, budget deficit, inflation and interest rates were trending downwards, while trade balance in 2017 and 2018 recorded surpluses, with improvement in access to education, the achievement of gender parity at the basic school level, among many others.

The Daily Graphic commends the government and the people for this feat, but encourages them not to rest on their laurels since, certainly, there is more work to do as we inch towards the 2030 SDG timeline.

We also note the concern expressed by a section of society that many Ghanaians are not aware of the SDGs. We share in this worry and think the country should do more to create awareness of the goals and involve the people, as the SDGs work in the spirit of collaborative partnership among countries, aid agencies, businesses and the public to implement the global agenda to change countries for the better and consequently for a transformed world.

It is through such cooperation that the challenges facing the country as it strives to meet the SDGs, such as improving domestic resource mobilisation and leveraging available resources from the private sector to accelerate the implementation of priority interventions, could be addressed.

We laud the government for its implementation of a data road map for action and urge it to focus and persevere with it. With that, we are sure to make a mark at the 2030 Global Agenda to improve the living standards of the people in a sustainable way and for the betterment of the future generation.