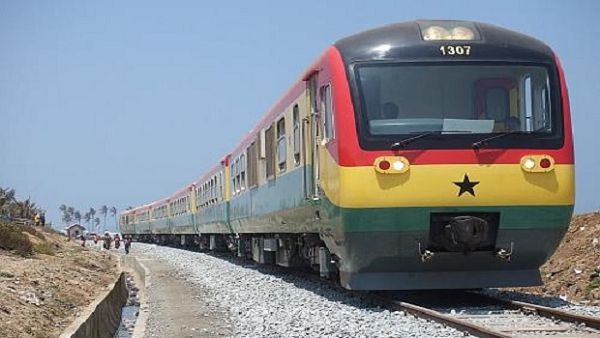 The resumption of scheduled rides on the Accra-Tema and the Accra-Nsawam railway lines has been in limbo, seven months after rehabilitation has been completed on the lines, and this is very disturbing.

This is more so as the Ghana Railway Development Authority (GRDA) has listed challenges in the conversion of all narrow gauges into standard gauges and the procurement of new coaches to run the lines as the reason for the delay.

What makes matters even more alarming is the disclosure by the Chief Executive of the GRDA, Yaw Owusu, to the Daily Graphic on May 5, 2022 that it was uncertain when the service would return.

That assertion comes seven months after the Minister of Railways Development, John Peter Amewu, had announced that the ministry had completed rehabilitation works on the lines and that the Ghana Railway Company Limited (GRCL) and the GRDA would roll out the services after joint test runs on the lines to ensure the safety of passengers.

What’s more, although 10 coaches have been refurbished for the train shuttle, they have been absent on both lines after the few test runs, while the GRDA is speaking of procuring new coaches.

If we, indeed, need new coaches, why was money spent on the rehabilitation of the old coaches? Are the new ones going to complement the old refurbished ones?

According to Mr Owusu, the delay and uncertainty over the resumption of scheduled rides was also because the 40-km Kantamanto-Nsawam and the 30-km Accra–Tema lines were both narrow gauges, which the government had decided to convert to standard gauges, in conformity with modern practices.

Did the railway authorities not envisage at the beginning that we would need standard gauges and new coaches to revive our rail network before commencing rehabilitation?

As things stand now, the citizenry, especially those who would love to travel on trains to work and the city centre or other places where the rail lines reach, are wondering whether the promised revival of rail transport in the country is on course or there has been a derailment in plans.

It is a shame that since March 20, 2020, no train has run on the Kantamanto-Nsawam or the Accra-Tema lines, although they were once busy rail lines that served as means of transport for traders and commuters who lived in the eastern and the western sides of the capital city.

There has been massive encroachment along the rail tracks, mostly at Kantamanto in the city centre, with makeshift residential settlements (some of which are serving as havens for criminals) taking over the few train stations dotted along the route, as a result of the lull in the operation of the trains.

There are also lotto kiosks, eateries, mobile money stalls and second-hand clothing sales points operating from the belly of the railway sleepers, while, at some places, scores of broken-down vehicles have been abandoned on the rail lines.

The activities of squatters at Odawna, Avenor, Abofu, Alajo, Tesano, Achimota and Dome have also led to the generation of heaps of waste along the shoulders of the rail lines and in the belly of the sleepers.

We applaud the government for outlining three ambitious rail projects worth $12.9 billion to make the sector vibrant.

But, without a deliberate and purposeful plan, with realistic timelines that must be met at all cost and adequate funding, we will be going round in circles without making any inroads on the rail tracks. We will only end up leaving the rail sector worse off than it was, as is beginning to unfold with the unfettered encroachment on facilities.