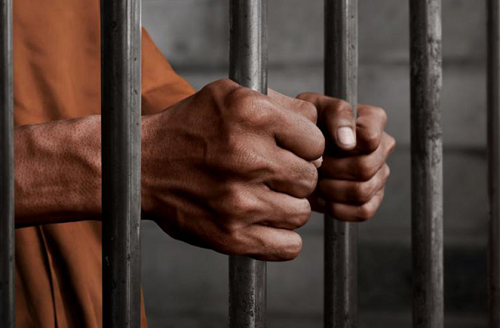 Mr Kwabena K. Huletey suffered an egregious human right abuse when he was made to remain on remand for five years, although the murder charge against him had been struck out by a court.

He was accused of killing his girlfriend in 2015, but an autopsy report showed that the girlfriend had died from pneumonia.

Based on the autopsy report, the Akuapem Mampong District Court had, on December 15, 2016, struck out the case, which meant that Huletey was a free man. But, instead, the police investigator handling the case took him back to the Koforidua Prison, where he (Huletey) was already on remand.

Mr Huletey languished in jail for five years until he was set free under the Justice for All Programme (JFAP) on October 19, 2021.

Article 14 of the 1992 Constitution guarantees people their personal liberty and forbids the deprivation of such personal liberty unless in circumstances permitted by law, such as a prison sentence by a court.

Mr Huletey was arrested for an alleged crime and set free by a court of competent jurisdiction and, therefore, there was no legal justification for him to remain in prison. His constitutional right to freedom had been violated and degraded by state actors who were supposed to know and uphold the law.

The Daily Graphic calls on the Inspector General of Police (IGP) to institute investigations to unravel the circumstances under which an innocent man who had been set free was sent back to the Koforidua Prison by a police investigator.

As it stands now, we are not sure which investigator committed this despicable act because the case investigator, Detective Sergeant Samuel Frimpong, claims he was on leave when it happened.

Not only must those responsible for Mr Huletey’s ordeal be brought to book; the State must compensate him, while the state actors found culpable must be surcharged to offset the compensation.

There have been many instances of brazen human rights abuses in our criminal justice system. Innocent people are jailed, accused persons remain on remand for many years without trial, while actors in the system sometimes collude to incarcerate innocent people.

There are numerous examples of such cases.

Eric Asante, an innocent teacher, was jailed for 15 years on allegation of defiling and impregnating a 14-year-old pupil, but a DNA test ordered by the Supreme Court showed he was not the father of the child supposedly born out of the alleged defilement.

Charles Twumasi, another innocent teacher, was wrongfully jailed for 15 years for allegedly defiling a 12-year-old child. The Court of Appeal later found out that the police fabricated the case against him and also used dubious means to have him jailed.

From the foregoing, it looks as if jailing people is not just a means to combat crime but a tool for some people to settle scores with others.

No wonder Justice Emmanuel Yonny Kulendi, a Justice of the Supreme Court, recently said the criminal justice system was reflection of how wicked we could be towards others.

According to him, bail conditions, unnecessary remand, coupled with extortion and corruption in the criminal justice system, demonstrated how unfair and wicked people could be towards their fellow human beings.

Criminals deserve to be punished to serve as a deterrent to others from engaging in such acts and also keep order in society, but our criminal justice system must not become a tool to oppress, abuse and intimidate the poor.

The Daily Graphic, therefore, calls for comprehensive reforms of the country’s criminal justice system. The reforms must include expediting trials to prevent accused persons from being on remand for years, and also punishing people who abuse accused persons.

The reforms must also affect all institutions within the criminal justice system — the Judiciary, the Police and the Prisons services and the Attorney-General’s Department.