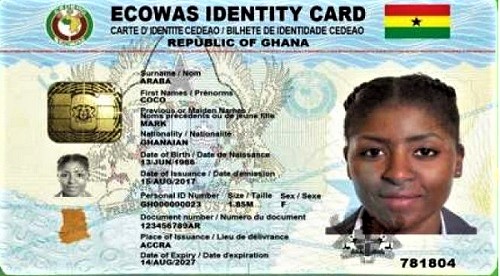 One of the strong points of a liberal western democratic political system is the prevalence of freedom of leadership and programmes within the context of a multi-party political dispensation.

It is held sacred in this system that the recruitment of political leadership at the national, regional and local levels, as well as visions and programmes to guide the affairs of society for a specific period, will be regulated by the laws of the system.

Elections, held within specified periods by accredited bodies mandated, recognised and respected by all parties, become both the established and accepted means for the recruitment of political leadership.

It is, therefore, not a matter of surprise that in this system, premium is placed on the exercise of the civil and political rights of the individual, to the exclusion or demotion of the individual’s economic, social and cultural rights.

It is not contentious to assert that since 1992, Ghanaians have agreed or accepted to return to a governance system regulated by a Constitution.

Elections, which have been the means for overseeing this desire, have already been carried out successfully eight regular and uninterrupted times, with the ninth slated for 2024.

It, therefore, comes as a matter of little surprise that majority of Ghanaians now prefer elections to any other method of selecting their leaders, as contained in AfroBarometer surveys.

It cannot be denied that the competent, impartial, firm and progressive manner in which the EC has managed the country’s elections since 1992 has greatly contributed to the consolidation of democracy in the country.

From the use of opaque ballot boxes, paper voter slips to delays in the declaration and certification of results, the EC has moved fast and progressively to the use today of transparent ballot boxes, colour photo identity cards, adequate representation of all candidates at all polling stations across the country to proper certification and early declaration of results at the polling station level.

Indeed, in order to maintain the integrity of the election management system, the EC wants to scrap the guarantor system which allows registered voters to serve as witnesses to authenticate the nationality of prospective registrants in the 2024 presidential and parliamentary elections. (See our front page story.).

It has, therefore, urged the National Identification Authority (NIA) to accelerate the pace of printing Ghana cards, which are national identification documents now, to make it easier for people to acquire them, since they will soon become the only form of identification for voter registration.

The EC’s position is that the guarantor system is fraught with challenges, as it creates window for minors and foreigners to vote.

The Daily Graphic agrees with the EC that the guarantor system of identification is not the ideal measure to ensure that only eligible voters who are Ghanaians are made to vote.

Experience has taught us all that during elections, representatives and polling agents of political parties always clash at polling centres over the nationality and age of potential voters because of the lack of a proper form of national identification.

We, therefore, call on the government to support the NIA to fast-track its work and ensure that all potential registrants get their identification cards before the voter registration exercise begins.

Fortunately, the next general election is in 2024, which means that a lot of ground can be covered before then. We believe that two years is enough time for the NIA to set its house in order by making the process of acquiring the Ghana Card easier and more efficient, so that no potential voter is disenfranchised.

Ghana a beacon of democracy and hope in a sub-region riddled with widespread electoral malpractice and disputes must continue to set the standard.

This reputation we regard as enviable and hard-won and which we must all work to collectively safeguard and protect.