National Standardised Test must be sustained 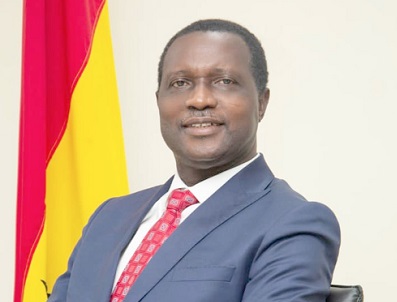 Education liberates the intellect and unlocks the imagination and is fundamental for self-respect. It is the key to prosperity and opens a world of opportunities, making it possible for each of us to contribute to a progressive, healthy society. Without any doubt, learning benefits every human being and should be available to all.

The quality of any educational system is mostly assessed by the performance of the products of the system — the system must be able to produce individuals who are useful to themselves and their societies and who are prepared to meet global challenges.

Given this context, the Daily Graphic believes that if Ghanaians are concerned about quality education, especially at the basic level, then the results of the first-ever National Standardised Test (NST) for Primary Four (P4) pupils must be of interest to everyone. (See our front page lead story yesterday[August 1, 2022].)

The results of the NST, in which almost 390,000 P4 pupils from 14,883 public schools participated, showed that the three regions which were formerly together as the Brong Ahafo Region, emerged as a strong base for lower primary education.

The Ahafo, Bono East and Bono regions emerged the hub of public basic education, as pupils in those regions led in the NST for (P4) pupils.

The Volta Region posted the least mean scores of 34 per cent in English and 27 per cent in Mathematics, according to the results made available to the Daily Graphic.

Mathematics emerged as the major challenge among pupils in P4 in public basic schools.

The Western and the Western North regions followed, with 96 and 93 per cent, respectively, of their pupils falling within the BB level.

The Eastern, the Upper East and the Western regions followed, with 77, 76 and 72 per cent, respectively, in the BB level.

The outcome of the test, therefore, indicates that while there is the need for equitable social intervention programmes across the country, a lot more effort is also needed in the three regions to help learners at the lower primary level to catch up with their mates elsewhere.

The NST is for the assessment of curriculum standards, including reading, writing, arithmetic and creativity, knowledge, skills, values and attitudes that are central to the new pre-tertiary education curriculum.

We believe that the test is important because it will help offer targeted interventions early, so that children below the average can be helped, instead of waiting until 11 years when the child will be writing the Basic Education Certificate Examination.

It is imperative for the government and stakeholders in the educational sector to work collectively and timeously to provide the interventions to ensure quality education at the basic level.

After all, the issue of quality is uppermost in educational discourse all over the world. Quality is also essential in maintaining a high standard of excellence.

For this reason, quality education is very vital in every human existence and societal development. It enhances the rate of development and increases the standard of living. Indeed, whoever acquires quality basic education receives the pivot for further development, both of himself or herself and his or her society.