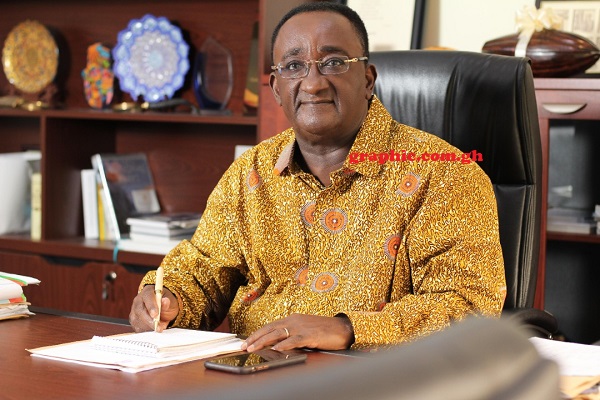 In 2017, President Nana Addo Dankwa Akufo-Addo launched the Planting for Food and Jobs (PFJ) programme to increase food production and ensure food security in the country.

To ensure its sustainability, it was designed in five modules, namely: PFJ Crops, Rearing for Food and Jobs, Planting for Export and Rural Development, Greenhouse Technology and Mechanisation.

After the launch, the PFJ attracted a huge response, which exceeded the expectation of the Ministry of Food and Agriculture (MoFA), the agency mandated to implement it. For instance, in 2017, the ministry had anticipated that 200,000 farmers would sign on to the programme, but at the end of the year 282,000 had signed on.

The number kept increasing, and as of last year, a little over 1.7 million farmers had signed on, according to the MoFA, thereby ensuring food availability all-year round.

In fact, MoFA attributed the availability of food at the height of the COVID-19 pandemic to the successful execution of the PFJ, which ensured enough food throughout the year.

That challenge and others have necessitated calls for a review of the programme.

Recently, a former National Best Farmer, George Asamoah Amankwaa, also added his voice to those calls, his position being that a review of the programme was needed to give full meaning to the huge investment the government was making in it. According to him, the review should place emphasis on storage to help farmers operate their farms at a profit.

He said the implementation of the programme, which had focused so much on production, without corresponding measures to address post-harvest losses, had been a disincentive to farmers.

The Daily Graphic cannot help but agree with the former chief farmer, particularly so when roads leading to farming areas and farm gates are in a very deplorable state.

We expect that after five years of implementing the programmes, and having aroused the interest of both the young and the old to venture into farming as a business, the time has come for more funds to be channelled into the construction of more warehouses.

The construction of warehouses is not a new concept because in October 2017, President Akufo-Addo launched the government’s one-district, one-warehouse initiative in Ejura in the Ashanti Region.

That initiative, which is a component of the Infrastructure for Poverty Eradication Programme, was to see to the construction of warehouses in all the 216 districts to handle agricultural produce and store the anticipated surpluses under the PFJ.

Thankfully, earlier this year, the Minister of Food and Agriculture, Dr Owusu Afriyie Akoto, hinted that the ministry had taken possession of 80 warehouses, each with a capacity of 1,000 tonnes.

We consider the reception of the warehouses by the ministry as good news and an indication that the concerns of the former chief farmer will be addressed.

However, considering the sheer volume of foodstuffs produced from the farms, we call for more warehouses to be constructed to meet the needs of out hardworking farmers, such that their produce will not go waste.

We believe that even if every district does not get a warehouse, there should be warehouses in adjourning districts, so that farmers in the districts without warehouses can store their produce there.

The government, in its own wisdom, initiated the construction of the warehouses in anticipation of bumper harvests from our farmers.

After all, bumper harvests without corresponding storage facilities are as good as no harvest at all.