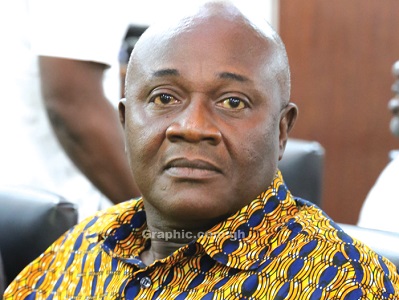 The District Assemblies Common Fund (DACF) was established as part of measures to enhance the speedy development of our local assemblies.

As part of those measures, Members of Parliament (MPs) also have a share of the fund to support their development projects.

Regrettably, the release of the fund has become a challenge to the central government due to the unavailability of funds.

It appears many of our metropolitan, municipal and district assemblies (MMDAs) have become so dependent on the fund that when it is not released, they have nowhere else to turn to for funds to undertake projects in their jurisdictions.

Currently, the central government owes the DACF Secretariat GH¢2.4 billion in arrears out of which GH¢300 million has been released to the secretariat. The GH¢300 million is certainly not enough, which means the MMDAs have to find ingenious ways of meeting their obligations.

As stated by the Deputy Majority Chief Whip and New Patriotic Party (NPP) Member of Parliament (MP) for Nsawam-Adoagyiri, Frank Annoh-Dompreh, on the floor of Parliament on June 8, 2022, the amount released is woefully inadequate.

The Daily Graphic acknowledges that it is not only the DACF that is suffering from the non-release of statutory funds; the National Health Insurance Scheme and the Ghana Education Trust Fund (GETFund) are in the same soup.

It is important that such statutory payments are made on time to facilitate the operations of such organisations. After all, clients pay the National Health Insurance Levy and GETFund Levy while purchasing or using certain services.

Certainly, if we are to progress as a nation, all obligations from both sides of the coin must be fulfilled.

This means that as citizens, we must pay our taxes, including property rates, while the government must also release funds to the appropriate institutions in a timely manner.

The assurance by Mr Annoh-Dompreh that the government would release outstanding funds for the DACF cannot and should not put the assemblies to sleep.

With the engagement of staff at various departments of our assemblies, the Daily Graphic believes that such personnel must be used for the services for which they are engaged.

For instance, what initiatives have those engaged in revenue mobilisation put in place to mobilise internally generated funds? What do they use those funds for?

The Daily Graphic believes that MMDAs must be proactive in generating revenue to support development projects in their jurisdictions.

We also urge the central government to release the funds on time so that the assemblies can meet their obligations.