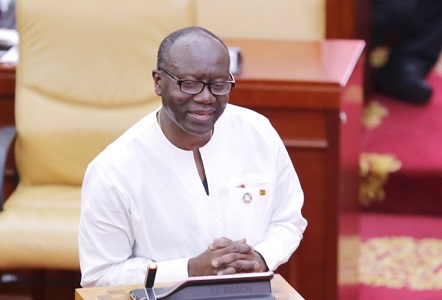 Ghanaians are expectant as the Minister of Finance, Ken Ofori Atta, appears before Parliament next Monday to present the Mid-Year Budget Review of the Economic Policy of the Government and Supplementary Estimates for the 2022 Financial Year.

Particularly at a time when the government is officially reaching out to the International Monetary Fund (IMF) for what has been described as balance of payment support, the minister is also expected to make his first detailed public comments on the decision.

The highly expectant address will, hopefully, provide an update on the Electronic Transactions Levy (E-Levy) and how much it has accrued so far.

Ahead of the presentation, some economic experts are pushing for the government to introduce innovative revenue and expenditure measures in the mid-year review (SEE STORY ON FRONT PAGE).

The presentation next Monday, in pursuant of the Public Financial Management Act, 2016 (Act 921), will see the Finance Minister provide information on how revenue and expenditure had performed in the first half of the year, Ghana’s current budget deficit and projections for the next six months.

This is in view of the fact that the fiscal policy measures captured in the 2022 budget to generate more revenue and undertake transformational projects have so far performed below expectation.

For instance, the measures were expected to help generate about GH¢100.52 billion by the end of the year, but the first quarter results which have been released indicate that GH¢16.71 billion had been raised, less than a quarter of the projected revenue.

The E-Levy, which was expected to rake in some GH¢4.5 billion, has also not performed to expectation due to delays in the passage of the bill and other challenges, including the reluctance of many to use the system.

For this reason, we find the suggestions by some economic experts for the introduction of innovative revenue measures to boost economic growth as worth considering. After all, little drops of water, make a mighty ocean.

Particularly with regard to the new revenue measures, we hope to see the widening of the tax net and a complete departure from increasing and introducing new taxes that rather goes to affect those already in the net.

Considering the present economic conditions, the public, we know, will not take kindly to any increases in taxes but will rather embrace widening it to capture those outside the net.

The Tax Exemptions Bill must also be passed to save the country the billions of Ghana Cedis lost to the state, as reported by the Finance Minister last week. The paper finds it completely worrying that we know where the leakages are but appear handicapped in blocking those holes.