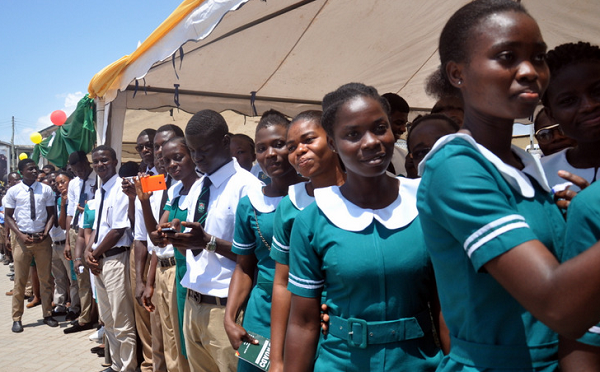 Being posted to certain parts of the country, no matter one’s profession or occupation is often seen as a punishment.

Punishment, not necessarily because one’s bosses do not like him/her but largely because the facilities to enable one to discharge his or her duties efficiently are not available, nor is the posting incentivised to encourage people to go to those areas.

There is, therefore, the need for a deliberate effort by the authorities to come up with incentives that will encourage professionals to accept posting to remote areas.

The services of professionals are needed for the development in those areas and to meet the aspirations of the people.

It is in this vein that the Daily Graphic is saddened by the revelation by the Upper East Regional Health Director, Dr Emmanuel Kofi Dzoti, that 10 medical officers and specialists posted to various health facilities in the region last year did not report for work (refer to Page 13 of March 11, 2022 edition of the Daily Graphic).

Currently, the region boasts 53 doctors in total serving a population of 1.3 million, with a doctor:patient ratio of 1:24,097.

We believe that the situation may not be as easy or simplistic as it appears and requires a thorough thinking through assessment and appropriate recommendations to address the situation of medical officers refusing to accept postings to those areas.

The problem is not peculiar to the Upper East Region, as the other regions in the north are in the same soup, just like the Central Region.

Public officials posted to those areas often prefer to stay in the south because of the conducive working environment and opportunities available to them and their families.

Even in the regional capitals or ‘acceptable’ places of posting, it becomes evident that medical officers who accept posting to those areas prefer to stay in the cities, instead of going to the remote areas where their technical and professional expertise is required.

In 2021, the Ghana Health Service (GHS) put the doctor:patient ratio in the country at 1:6,355, which is far below the recommended World Health Organisation ratio at 1:1,000.

We acknowledge that specialist training and other training facilities in the country are not adequate to produce more medical doctors and specialists, for which reason some of our compatriots seek medical training outside, coupled with conditions of service that many consider not commensurate with job demands.

Indeed, in his statement to Parliament last week, the National Democratic Congress (NDC) Member of Parliament for North Tongu, Mr Samuel Okudzeto Ablakwa, raised an issue about a concern by a US-based plastic surgeon, Dr Michael Obeng, and an ex-AU Ambassador to the US, Arikana Chihombori-Quao, that there were more Ghanaian doctors in New York than in Ghana.

The Daily Graphic is deeply worried about the situation where critical health staff refuse posting to such areas, thereby compounding an already bad situation.

It is, therefore, heartwarming that the Upper East Regional Co-ordinating Council (RCC) is liaising with the various municipal and district assemblies to sponsor the training of medical doctors and later bond them to serve in the region.

As good as this initiative is, we believe it will not be enough to keep doctors in the region after they had finished serving the bond. Although the government sponsors the postgraduate training of doctors, the period for qualification of those in the regions should be made shorter.

We think that a conducive working environment should be created for medical doctors and all other professionals to accept posting to remote areas. That will require that the workers have the requisite facilities to work with, a peaceful atmosphere and other incentives, such as shortened promotion periods.

The various RCCs must also seek to ensure that there are key social amenities that will attract health workers to stay in those deprived areas because apart from the lack of facilities to work with, there is also the challenge with electricity and the lack of endowed schools for the children of health workers to attend. It is our view that if the Ministry of Health, the GHS and the RCCs team up to address the challenges confronting health workers in deprived areas, many more will accept posting to those areas.

Let us give it a thought and implement it and not let it be merely on paper.