It’s final: No CSE in Ghana 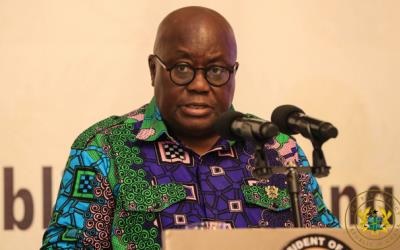 For the past couple of days, the country has been greeted with agitation and anxiety following the purported introduction of the controversial Comprehensive Sexuality Education (CSE) in our school curriculum.

While the managers of the educational sector are firm in their position that the CSE is not in the approved curriculum, an earlier rumour of the possible ‘smuggling’ of the CSE into the curriculum was so strong that whatever information that came from the Ministry of Education was of no substance to the populace.

Even when the sector Minister, Dr Matthew Opoku Prempeh, addressed the media last Tuesday to assure Ghanaians that the CSE was not part of the approved curriculum, it was not enough to convince the public of the sincerity of the government not to introduce the CSE into the curriculum.

The Daily Graphic recalls that in its editorial of Tuesday, October 1, 2019, it stressed the need for clarity on the CSE, so that the populace would get the needed information to calm nerves.

Yesterday, while addressing congregants at the St Cyprian's Anglican Cathedral in Kumasi, the President, Nana Addo Dankwa Akufo-Addo, put to rest the controversial CSE which has attracted so much fury and anger among sections of the populace.

He was quoted as saying that as long as he remained President, there was no way the CSE would be introduced to the school curriculum in Ghana.

The Daily Graphic is happy that the President has made a pronouncement on such a sensitive issue, as it reaffirms what the Education Minister said when he assured Ghanaians that the CSE had not been approved by the government and would not be included in the curriculum.

Now that the President has declared his stance on the matter, we think it should bring finality to the debate that was drawing ‘battle’ lines between the government and some stakeholders.

Surely, the pronouncement by the President was not only timely but also one that should calm nerves, particularly so when outcomes of the implementation of the CSE in countries such as South Africa, the USA and Canada are very fresh in the minds of Ghanaian parents.

The debate in the past two weeks was largely because the managers of the educational sector were slow in coming up with the right information and so people were fed with rumours which stirred up sentiments against a policy that the government did not intend to introduce, any way.

The Daily Graphic believes that the CSE issue and the declaration by the President should serve as a lesson to the government apparatus and, indeed, people entrusted with the responsibility to manage information to always be timeous and not allow the air to be polluted with incomplete or inaccurate information before stepping in.

People who have been mandated to give out the right information to the public need to do so at the right time to avoid unnecessary rumours that can result in avoidable agitation and conflicts. Indeed, the negative information with which the people were being fed about the CSE could have degenerated into disturbances, only for the citizenry to know later that they had been fed with the wrong information, by which time the harm would have been caused.

We of the Daily Graphic call on Ghanaians to let the pronouncement by the President bring to a closure the debate on the CSE and continue to forge together to build a better Ghana that all of us can be proud of.

Our advice is also that citizens must exercise patience in the face of such sensitive news to get accurate information before we act to safeguard the peace of our country.