HIV fight far from over 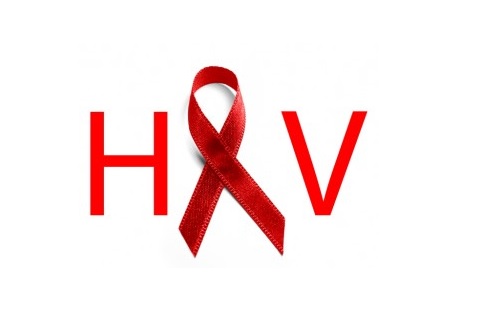 Ghana has made great strides in the fight against HIV. For a number of years now, the prevalent rate of the disease among the adult population nationwide has been kept below two per cent, which is far better than what prevails in other countries.

This is positive and it behoves every Ghanaian and the health authorities to sustain the gains. Every effort should be made to ensure that we achieve the Global 2030 target of HIV no longer being a public health problem by that year. Meanwhile, to achieve that target means that efforts must be directed towards prevention of the transmission of the virus.

The Programme Manager of the National STIs and HIV/AIDS Control Programme (NACP), Dr Stephen Ayisi Addo, disclosed this when he led a three-member team from the NACP to pay a courtesy call on the Editor, Graphic, Kobby Asmah.

Dr Addo explained that unlike conventional facility-based testing, self-test kits would enable individuals to carry out HIV testing privately and conveniently at their own discretion.

This is welcome news because it will encourage more people to test to know their status.

Despite the numerous public education campaigns that have gone on all these years to encourage people to test to know their HIV status, many people have not heeded the calls, for which reason they don't know their status.

This situation can partly be attributed to the fear that their confidentiality will be breached should they test positive for the disease. This, in addition to the stigmatisation they are likely to face, does not encourage people to test for the disease to know their status.

The self-test kit is, therefore, key to addressing this problem, which is very key to HIV prevention. According to various health studies and experts, the self-test kits would, among others, help facilitate HIV testing among hard-to-reach key populations, particularly certain subsets with higher sexual risks.

It is the hope of the Daily Graphic that many Ghanaians will take advantage of this innovation to know their HIV status.

Knowing one’s HIV status has many benefits. According to health experts, it will help one to get peace of mind. Uncertainty over one’s health status can create anxiety, and in the case of HIV, testing can free one from such an ordeal.

Again, knowing one’s status can help one start living a better life. The result of any HIV test can either be positive or negative. When the result comes out negative, the individual can start to be more cautious and take a preventive approach. On the other hand, If it is positive, then treatment can start right away.

Although the proceeding steps for both positive and negative results are drastically different, they ultimately promote a healthier lifestyle to help one live longer. Furthermore, knowing one’s status will help one get support from loved ones and also spread HIV awareness.

The Daily Graphic encourages all Ghanaians to patronise the self-test kits to know their HIV status, as it will additionally help the country achieve the three 95s target, which says that of the estimated population of people living with HIV, 95 per cent of them should know their status, and of those who are positive, 95 per cent should be on treatment, and of the number on treatment, 95 per cent must have viral suppression within a year.

While the Daily Graphic commends the NACP for spearheading the introduction of the HIV self-test kits, it appeals that enough kits must be available all over the country on a sustainable basis once introduced, so that people's interest in them do not die down.

It should also guard against inferior kits that may infiltrate the market.