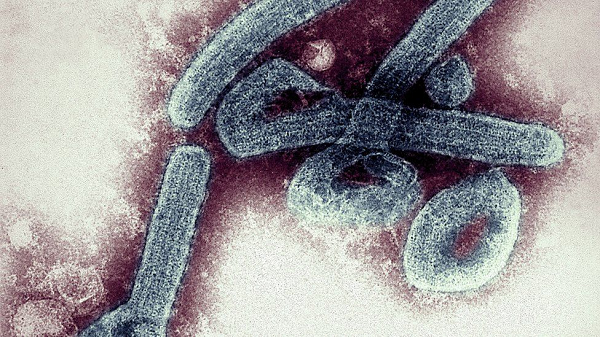 After Ghana appeared to be coming out of the dreaded COVID-19 pandemic, an equally deadly disease, the Marburg Virus Disease (MVD), has reared its ugly head.

So far, three people, including a toddler have died from the virus. MVD is an epidemic-prone disease associated with a high case fatality rate of 24 to 88 per cent according to the World Health Organisation (WHO).

It is a highly infectious disease in the same family as Ebola for which no treatment exists. The first case of MVD in Africa was recorded in 2021, which was an outbreak in Guinea.

MVD however is not an airborne disease. What makes it worrying is that the early course of the disease, that is the clinical diagnosis of MVD according to the WHO is difficult to distinguish from many other tropical febrile illnesses due to the similarities in the clinical symptoms.

Other Viral Hemorrhagic Fevers (VHFs) belong to a group of diseases that are caused by several distinct families of viruses, need to be excluded, particularly Ebola virus disease, as well as malaria, typhoid fever, leptospirosis, rickettsial infections and plague.

Marburg virus spreads through human-to-human transmission via direct contact (through broken skin or mucous membranes) with the blood, secretions, organs or other bodily fluids of infected people, and with surfaces and materials including bedding and clothing contaminated with these fluids.

In its early stages, after an incubation period between two and 21 days, patients can present with headache, muscle aches, fever and chills.

The virus can then cause haemorrhaging, organ failure, weight loss, jaundice, delirium and pancreas inflammation according to the WHO. Fatal cases usually have some form of bleeding, often from multiple parts of the body.

The first two cases in the country, who were 26-year-old and 51-year-old males in the Adansi North District and the Bekwai Municipality, respectively, both presented with fever, general malaise, bleeding from the nose and mouth, and subconjunctival bleeding (bleeding of the blood vessels in the eyes).

Blood samples were collected on June 27 for the first case and June 28 for the second case and sent to Noguchi Memorial Institute of Medicine Research (NMIMR) for testing.

On July 1, both cases tested positive. Samples were further collected from the two cases and sent to the Institute Pasteur in Dakar, Senegal (IPD) which confirmed the results from NMIMR on July 14, 2022.

Currently, there are no vaccines or antiviral treatments approved to treat the virus but supportive care such as rehydration with oral or intravenous fluids and treatment of specific symptoms, improve survival.

A range of potential treatments, including blood products, immune therapies and drug therapies are also being evaluated.

According to the WHO, an outbreak of MVD may represent a serious public health threat as it is severe and often fatal.

What is worrying to health experts is that the source of both infections in the country are unknown.

Preliminary investigations have shown that neither of these cases had a history of contact with dead animals, sick persons or animals, and had not attended any social gathering within three weeks of symptoms onset.

Although both cases were farmers, they worked in different locations, and they have not been found to be epidemiologically linked.

However, both cases came from communities living in a forest environment. Currently, national and international coordination involving key partners are ongoing to respond to this outbreak.

A risk assessment by the WHO suggests that there was a high chance of an outbreak at the national level, moderate at the regional level and low at the global level.

With the country’s experience on how the COVID-19 pandemic was effectively handled, the Daily Graphic calls on the Ministry of Health and the Ghana Health Service to intensify community engagement activities in especially the affected areas with a particular focus on providing adequate information and support for the population to implement measures to prevent further transmission, avoid stigmatisation within the community and encourage early presentation to treatment centres and other necessary outbreak containment measures, including safe burials.

Also, the paper is of the view that it is also important to raise awareness of the risk factors for MVD infection and the protective measures that individuals can take to reduce human exposure to the virus.

The paper on its part calls on people to reduce human-to-human transmission in the communities arising from direct or close contact with infected patients, particularly with their body fluids.

People should also regularly wash their hands after visiting sick relatives in hospital, as well as after taking care of sick patients at home.

We further call on people to also cook animal products including blood and meat thoroughly before consumption and avoid consuming raw meat.