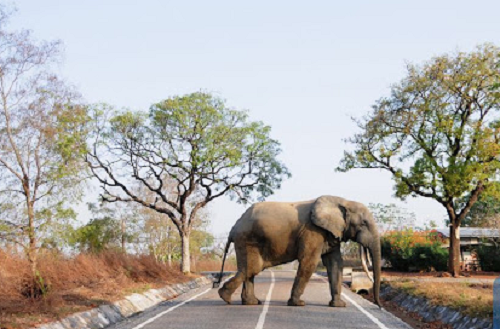 Ghana’s tourism potential is not in doubt. There are tourist sites all over the country waiting to be developed and explored.

What is left to harness this great tourism potential is the proper orientation of all involved in the chain, plus the development of infrastructure to attract both locals and foreigners to these sites.

That the sector alone employs about 25 per cent of the country’s workforce and provides more than $3.5 billion in revenue for the country annually is ample evidence that if we played our cards well the tourism industry could become the number one foreign exchange earner of the country; thus displacing cocoa, oil and the extractive industries.

The country is more than endowed with natural sites such as waterfalls, scenic mountains and breathtaking landscapes as well as enchanting rock formations that can draw hordes of visitors all through the year.

Coupled with that, we can let the vestiges of colonialism and the transatlantic slave trade such as the forts and castles, inure to our benefit by facilitating visits to such sites.

For that to happen, however, there is the need to develop the access routes to world-class standard, have hospitality facilities constructed around such sites to ensure the comfortability of guests and also have well trained tour guides and other personnel to man those sites.

Recently, the government signed an agreement with Spain to facilitate the training of more than 120,000 people in the tourism sector. The agreement was signed by the Minister of Tourism, Arts and Culture, Dr Mohammed Ibrahim Awal, while Ms Mar Casanova Llorens of the Incyde Foundation signed for Spain.

We, at the Daily Graphic are encouraged by the statement made by Dr Awal at the signing that Spain, with a population of 40 million, is currently the second most popular tourist destination in the world, with more than 80 million visitors to that country annually. This shows that we have a lot to learn from the Spaniards and we urge the authorities to ensure that we obtain the best from the agreement signed.

For instance, we must ensure the successful completion of the hi-tech smart tourist incubator hub which is to be built to support the development of tourism in Ghana through Incyde Foundation, the umbrella body of the Chambers of Commerce in Spain, as part of the agreement.

It is our belief that the hub will fast-track our plan to create one million jobs in the tourism sector by 2024 and also grow revenue to $5 billion next year as communicated by the sector minister.

While it is important to build the capacity of operators in the sector as the agreement seeks to do, the Daily Graphic urges that players in the industry who will benefit from the training should also be taught good human relations to leave lasting memories on visitors to the country’s tourist sites.

Although Ghana prides itself in the proverbial hospitality, that is fast eroding but we need to preserve that aspect of our national psyche to make patrons always want to come back for more.

It is not the sites that will draw them to return after a first visit but the warmth of the people they meet, so we pray that all those in the tourism value chain — restaurant workers, hotel owners, travel and tour guides, musicians, film makers and others in the creative industry, will also be taught how to get it right with guests.

Further, it is the lack of enough and accurate data, especially on hospitality facilities and interesting sites that is working against our desire to become the number one tourist destination in Africa.

We are, therefore, glad that the agreement with Spain will lead to the establishment of a smart tourists’ incubator in Accra that will generate data, innovation and other key ideas for the development of tourism.

We believe that the hub will not only analyse data to make the country globally competitive in tourism but make us achieve our goal of becoming the number one tourist destination in the West Africa sub region in the next two years.